The heavily rumored and highly anticipated Verizon HTC One may have gotten closer to a release date with a newly discovered Wi-Fi certification pegged as being the evidence.

The Verizon HTC One has been the subject of rumors for several months now, dating back to before the actual HTC One announcement in February. Shortly after HTC made the device official, rumors heated up with the device pegged for an arrival about one to two months after the arrival on the other carriers in the United States.

The HTC One arrived for AT&T, Sprint and T-Mobile back in late April and with Verizon set to host a launch at CTIA and with an HTC insider saying that an HTC One is coming soon to Verizon, we’re likely as close as we’ve ever been to a possible HTC One release on the nation’s largest 4G LTE service provider.

Read: HTC One Nexus Edition Not in the Works. 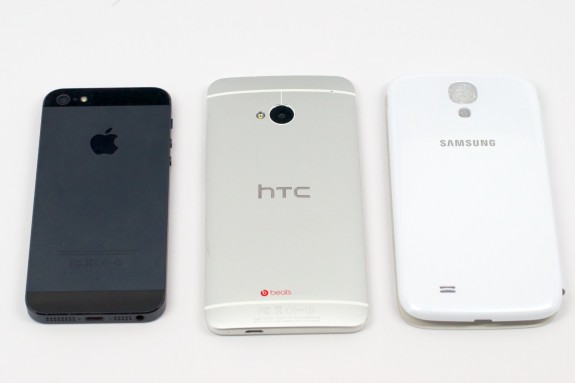 A Verizon HTC One remains unreleased.

New evidence seems to suggest that a Verizon HTC One release could be near with the reliable Blog of Mobile pointing to a recent Wi-Fi certification of a CDMA device known as the HTC PN073XXXX as evidence. It appears that that name corresponds to the name M7_WLV which it believes could be the long-awaited Verizon HTC One variant.

The AT&T HTC One arrived with the name PN07120, so it’s entirely possible that this could be an HTC One model that’s headed to the U.S. and more specifically, one that is headed to Verizon’s network.

At this point, there is no way to confirm that that is the case so this remains a rumor. With things picking up steam though, with Verizon set to make an announcement and the Droid  DNA going up for free until a day before that event, the timing has been more ripe for an HTC One announcement for Big Red.

Read: Verizon HTC One Launch Takes Yet Another Twist.

A Wi-Fi certification is just one hurdle that a Verizon HTC One would need to clear so its release date could still be far off in the distance and at this point, consumers should certainly be tempering their expectations.

The device has seen a number of twists and turns over the course of the last few months and there is still no guarantee that Verizon will launch the phone. However, May 22nd is currently looking as good of a date as any for an arrival and it’s certainly a date that prospective buyers should circle on the calendar. Just make sure it’s in pencil and not pen.