It’s not often that a device launches ahead of schedule but that is exactly what Verizon’s Samsung-made 4G LTE Mobile Hotspot device did today. 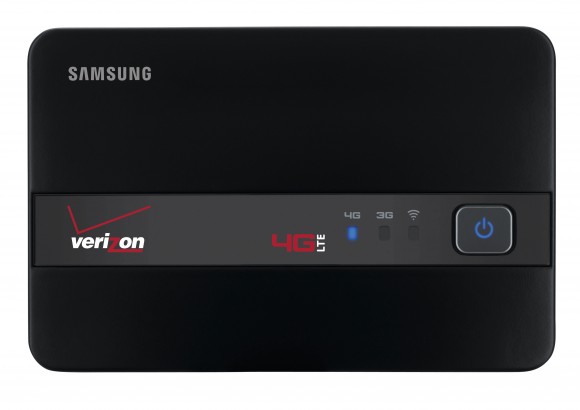 There had been talk of a release on March 31st but Verizon apparently decided to put this thing up for order 2 days earlier than expected. The 4G LTE Mobile Hotspot is now available and it will cost $99 on a new contract, the price coming after an instant discount.  Those looking to get it in stores will have to wait until March 31st.

The 4G LTE device allows up to 5 Wi-Fi enabled devices to connect and take advantage of LTE speeds. If you’re familiar, the WiFi hotspot feature is the same thing that comes along with the HTC ThunderBolt, only this device does it without the baggage of a phone contract.

It will also have backward compatibility with Verizon’s 3G network and Big Red says that LTE customers should expect download speeds of 5 to 12 Mbps and upload speeds of 2 to 5 Mbps in areas blanketed in 4G.

Remember, as of right now, there are only 39 markets in the United States covered by LTE 4G with an additional 108 cities expected to get lit up by the end of 2011.