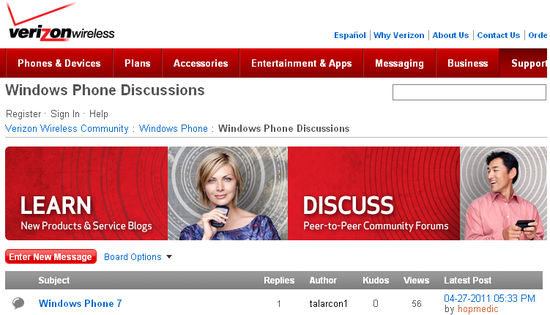 Combined with the earlier leak of the Best Buy system showing the Verizon HTC Trophy, a launch may be coming soon.