Based on recent reports and rumors Verizon Wireless is preparing to release another awesome tablet option with 4G LTE for those looking for something aside from the iPad.

The LG G Pad 8.3 tablet launched last year to little success, despite being one of the best overall tablets on the market, having awesome specs, and beats Google’s own Nexus 7 in every way possible. We’ve heard reports from the popular @evleaks that it was headed to Verizon, and now the device has cleared one last hurdle, the FCC, and could be headed to Verizon shelves with 4G LTE. 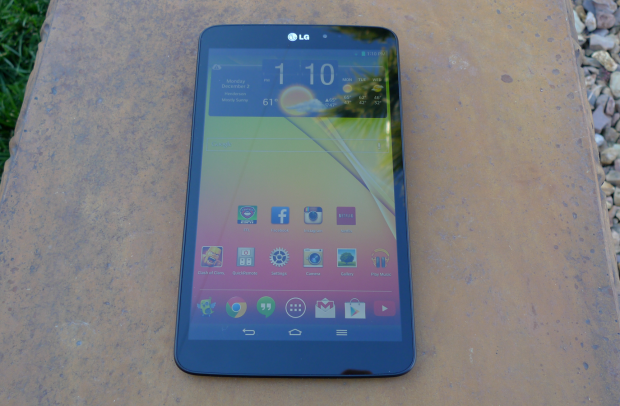 While we can’t be 100% sure the tablet clearing the FCC is indeed the LG G Pad 8.3, that’s the only tablet they’ve released in years, and it’s listed as the LG-VK810, closely resembling the current G Pad model number. The FCC states it is a portable tablet, and will have support for Verizon 4G LTE.

For those looking for a tablet that isn’t an iPad or thinks the Nexus 7 is too small, LG’s G Pad is the perfect solution. Offering an 8.3-inch full 1920 x 1080p HD display, dual stereo speakers, 4G LTE for internet anywhere, and sports a quad-core processor with 2GB of RAM 16GB of storage, and supports micro-SD for additional storage.

Coming equipped with an 8.3-inch display you’ll get more screen real estate, but the small bezels keeps this tablet extremely thin, lightweight, and most importantly portable. With Verizon 4G LTE on board you’ll be able to take it anywhere, and even upload photos taken with the 5 megapixel rear camera. The only downside is the tablet currently only has Android 4.2.2 Jelly Bean, but should receive KitKat shortly.

There’s no official report from Verizon or LG yet, but we’re expecting a release to quickly follow an announcement in the coming weeks.