Verizon Wireless users won’t have to wait long to get their hand on the Moto X, Motorola’s customizable flagship. According to the carrier, the device will be available to users on August 29th.

While the company hasn’t yet made a press release available on it’s website, its Twitter handle revealed the upcoming availability details for the handset today, saying users can expected the device online that day. However, those looking to see it in stores will have to wait a bit longer.

Instead of immediate availability, users can expect the device to arrive in stores in the “coming weeks.” Regardless of where Verizon users purchase the device, they’ll need to pay at least $199 for the device up front and sign up for a two-year service agreement with the carrier. Contract-free pricing remains unclear, so far.

Although Verizon users will be able to get their hands on the Moto X about a week after the device first launched on AT&T, Verizon users will have to settle for devices in black and white. For users who were hoping to purchase the phone for its customization options using the Moto Maker website, that could be a slight disappointment. 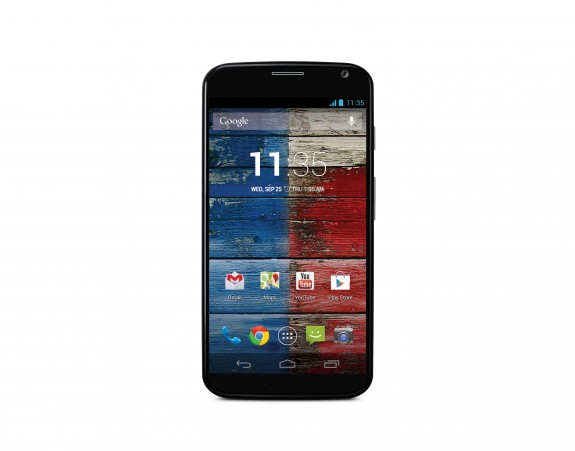 While Verizon has already publicly said that Moto Maker functionality will be available to its users at some point in the future, just how long users will have to wait remains unclear.

Verizon’s Moto X, like the other variants, comes with a processor for processing voice commands, a 4.7-inch HD display, and 10MP camera making the device a formidable opponent for the numerous Android devices that have hit shelves in recent weeks.