According to The Verge this phone could come to Verizon as the Nokia Lumia 822. The mid-range phone has a 4.3-inch screen like the 820 and the T-Mobile exclusive Lumia 810. If the screen it the same it will have an 800×480 display which will make the Lumia 822 decidedly a mid-range phone. 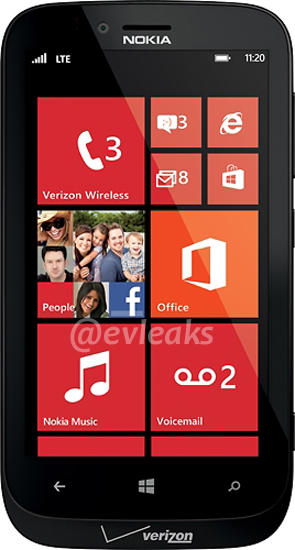 We will likely hear more about the Nokia Lumia 822 in the coming weeks as the release of Windows Phone 8 draws near. Microsoft will hold an event on October 29 to fully launch the mobile OS, and it will likely come to market in early November. This phone could launch at the same time as other devices in the first wave.

We don’t know if Verizon will get a high-end Nokia device in the first wave of Windows Phone devices yet, we only know that Nokia’s flagship Lumia 920 is exclusive to AT&T in the U.S. Verizon will receive at least one high-end Windows Phone 8 device, however.

There’s also the possibility that Samsung will make a version of the ATIV S for Verizon, there’s no new information about a Verizon ATIV S at this time.