According to a leaked screenshot to Engadget, Verizon Wireless may be getting ready to deploy its family shared data plans soon. The carrier had promised the feature would be coming this year, and now it looks like employees are seeing the feature in their online training material. It appears that sharing data would cost $9.99 per line or device. 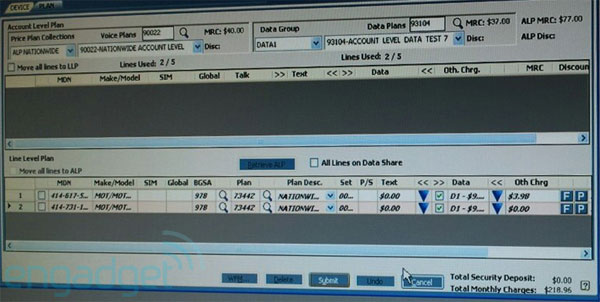 Unlike tethering, which works with a single point of mobile connectivity–either a smartphone with tethering feature or a mobile hotspot like a Jetpack router–shared data works by having users share their data plans with each device having its own connectivity to Verizon’s network. For example, a user may buy a bucket data plan and share that data, for $10 per line, for various devices like a Xyboard 10.1, a Galaxy Tab LTE, and a MiFi. This way, none of these devices would require its own separate data plan and separate billing.

The plan would work similar to how carriers bill for regular family shared voice plans.

Rival AT&T is said to also be working on family shared data plans as well, but so far has released very little information.