If there ever was a day to buy Verizon’s HTC ThunderBolt, today might be it. The price of the HTC ThunderBolt is well documented. It’s expensive just about everywhere but Amazon and Verizon itself offers it up for $250 on a new two-year contract. 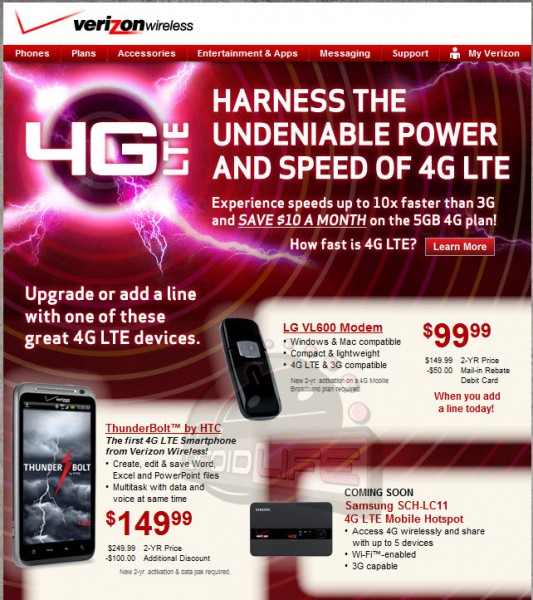 Well, it seems that Big Red is showing some mercy to certain customers and according to Droid-Life, is offering up the ThunderBolt to select customers. It’s a little sketchy as to whom this is offered to, but those that qualify will get the ThunderBolt for a grand total of $149.99 after a $100 rebate. Yes, it still requires a two-year contract.

UPDATE: If you want to score a deal on the HTC ThunderBolt, you can pick it up for $175 from Wirefly using this link and coupon code THUNDER0321 which includes free Fedex delivery, Free Hotspot until May and is actually cheaper than this limited offer thanks to the way tax is calculated on subsidized and rebate offers.

The price drop isn’t the only reason to consider jumping on this offer if Verizon allows it. There is a rumor going around that Verizon is planning to drop unlimited 4G data tomorrow, an offer that has been around since the ThunderBolt’s inception.

Instead of unlimited data, Verizon will apparently set a cap and offer up a 5GB plan LTE data plan for $50 a month.

For those feeling lucky (remember, not everyone qualifies for the deal), Verizon’s offer is not available online but instead requires a quick phone call to 1-800-437-6132.

Update: Droid-Life is hearing that this might be a regional offer for folks in and around Chicago instead of a nationwide deal. And just when you thought the HTC ThunderBolt was safe from tomfoolery…