Update: The source link has now updated their story, stating that the materials inside had nothing to do with a 4G iPhone. It more likely relates to an upcoming campaign to convince customers that a 3G iPhone is better than any 4G phone.

Apple tends to take their time adding new technologies. They want to wait until the advances can be implemented seamlessly and without bugs before they introduce them to the masses, something Verizon isn’t known for. For that reason, most don’t expect the company to release a 4G-capable iPhone until 2012. However, the folks over at Droid-Life (who have a great record with Verizon leaks) came across this internal image describing a 4G iPhone: 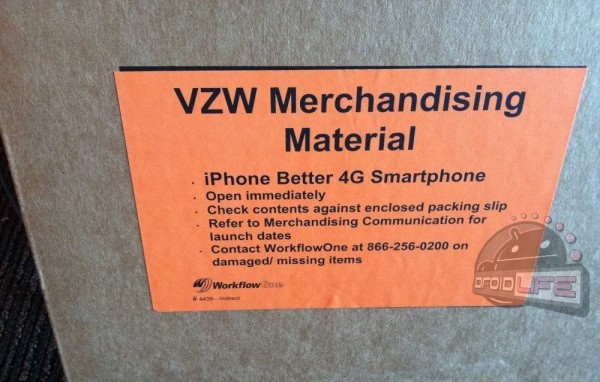 Could this mean we'll see a 4G iPhone this Fall?

As you can see, it says “iPhone Better 4G Smartphone,” and appears to be a packet of merchandising materials for employees. While the source link groans at an Apple “Better 4G” advertising campaign, it seems more likely that “Better 4G” would be used by Verizon to differentiate its superior 4G from AT&T’s.

If this is legitimate, we could very well see an LTE-capable iPhone soon, which would likely be accompanied by an HSPA+ “4G” iPhone on AT&T. All rumors have pointed to a September release of Apple’s fifth generation handset, which will likely be called either iPhone 5 or iPhone 4S. Stay tuned to GottaBeMobile for all the latest news on the next iPhone.