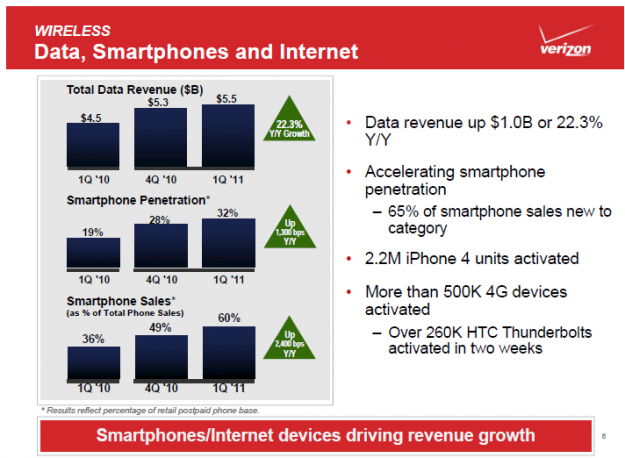 By comparison, Verizon sold 2.2 million iPhones during the first quarter of the year. There’s no question that the iPhone 4 is much more popular than the HTC Thunderbolt on Verizon’s network, but keep in mind that the iPhone 4 was on sale for about eight weeks of the quarter. Verizon sold approximately a million iPhones within the first month of launching the device on its 3G network.

The HTC Thunderbolt is the first 4G LTE phone on Verizon’s network, but there are a slew of Android smartphones to choose from.