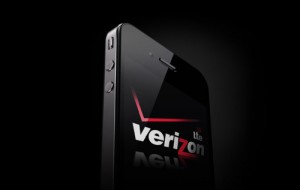 Verizon Wireless may have sold over 500,000 iPhone 4 smartphones in the device’s first day of becoming available for pre-order, according to JPMorgan analyst Phil Cusick. The carrier, along with Apple, offered the CDMA iPhone 4 for sale for 15 hours before announcing that pre-orders were sold out later that evening on the first day of sales.

If Cusick’s estimates are accurate, the CDMA iPhone 4 would best Verizon’s previous flagship phone, the Motorola Droid (Droid 1) running on the rival Android operating system. The Motorola Droid 1 sold 100,000 units in the first day, 200,000 by the end of the launch weekend, and 300,000 units by the end of the week. The hype and anticipation of an iPhone on Verizon’s more reliable network than AT&T’s network for call performance has created strong demand for the CDMA iPhone model, despite some of the device’s limitations like no world roaming capabilities and the lack of simultaneous voice and mobile broadband data support on Verizon’s network.

Including a refreshed iPhone 5, if one will be coming to Verizon this summer when the GSM iPhone 5 is expected to become available, analysts are predicting that Verizon will be able to deliver up to 11 million iPhones to the Verizon.