Verizon: Third Platform Will Emerge Within Next 12 Months

While iOS and Android have secured their spots as the two dominant mobile operating systems today, Verizon Wireless is speculating that the third mobile platform will come in to place with a sizable lead over competitors within the next twelve months. In terms of major operating systems today in the choices we have left, there are: Windows Phone, Samsung’s proprietary Bada OS, Intel’s MeeGo, and RIM’s BlackBerry and QNX OSes though RIM has said that it would start transitioning its smartphones to the QNX underlying code in the future but declined to give a timeline. Verizon CEO Lowell McAdam believes that the viable contenders are Microsoft, Samsung, and RIM. 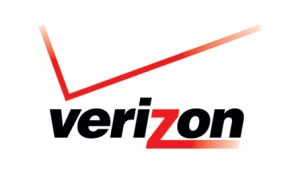 McAdam says that RIM or Microsoft would most likely be victorious in the next twelve months to fill the third-place spot, with the expectation that “Microsoft to come out victorious.” Though Microsoft had launched to slow Windows Phone 7 adoption, its new UI and OS has garnered a lot of positive press and the company had earlier this year forged a partnership with Nokia–the world’s largest phone-maker–to deliver future phones based on Windows Phone.

According to TechCrunch, RIM will need to deliver more beyond messaging on BlackBerry on QNX to be effective, Research in Motion will have to broaden the function of the OS to focus beyond messaging on its smartphones. With the focus on apps, social networking and contacts, and multimedia on rival platforms, QNX will have to deliver a stronger user experience that extends beyond emails, SMS, and BlackBerry Messenger to be competitive.