According to VP at Northland Capital Markets Catharine Trebnick, Verizon Wireless will deploy a national VoLTE, or voice over LTE, service in 2013. The timeline for VoLTE described by Trebnick is later than the anticipated 2012 date that Verizon had promised before, and the carrier could still trial VoLTE in select markets prior to a national deployment of the service. Sources say that Verizon is already testing out VoLTE in two markets currently. 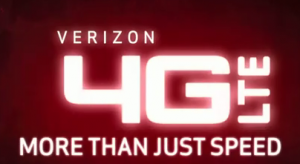 The important thing about VoLTE and the area that customers will feel the most impact will be battery life on 4G LTE smartphones offered by Verizon. As it stands right now, voice and data are delivered over different protocols. That means that customers on Verizon’s 4G LTE network right now can have simultaneous voice and data at the expense of battery life as customers in 4G coverage can use LTE for data and voice calls will be delivered on 3G CDMA networks. Essentially, the phone will need two radios to be fired on at the same time for simultaneous voice and data in the network’s current state.

With voice over LTE, Verizon can deliver voice calls over data connections, similar to how VoIP services work. That means that the 3G CDMA radio will not need to be powered on at the same time that the LTE radio is on for voice calls, which will mean better battery life to customers.