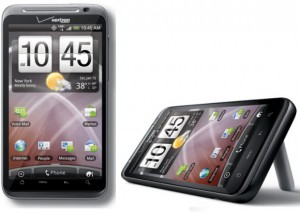 Josh had written previously that the 4G LTE mobile hotspot feature may be priced aggressively at $30.00 for unlimited use on the HTC Thunderbolt, giving it the ability to replace your MiFi unit on Verizon for fast mobile broadband access, but Verizon seems undecided as ever about the pricing of the 4G LTE mobile hotspot feature. In my discussion with Verizon at a round table discussion at the Apps Innovation Center in San Francisco, California, Verizon PR and marketing executives said that they have nothing to announce at this time, and the recent Twitter message logs confirms that the carrier is still working out pricing details.

When the Thunderbolt launched, the carrier had used the hotspot feature as a selling point to promote its first 4G LTE Android smartphone and its growing 4G LTE network, offering the feature for free for unlimited use. If users recalled, the Motorola Droid X was among the first devices–a 3G CDMA/EV-DO device–to support mobile tethering, and at the time Verizon announced that it would price the feature for $20, giving users access to 2 GB per month of tethering. An early tweet made by the carrier seems to echo the same pricing scheme for 4G access:

@VZWSupport: @jthomas99 The cost of the Hotspot Feature is $20.00 for a 2GB allowance once the promotion ends. *CM

That makes sense, right? Especially since 4G smartphone data–priced currently at $30 per month for unlimited–is the same price as 3G smartphone data. Well, not so fast. The carrier quickly retracted its pricing message on Twitter with the following message:

@Broadwayblues That information is not available. Please sign up for email alerts about new products & services at https://bit.ly/a6qsIg *VS

As the Droid Charge was launched later than what was rumored and expected, the carrier had seen it fit to extend its 4G LTE hotspot promotion through June 15th. Josh had written earlier to mention that the Thunderbolt’s 4G mobile hotspot feature promotion would end on May 15th, but with an extension, Verizon has another month to decide on pricing for the feature.