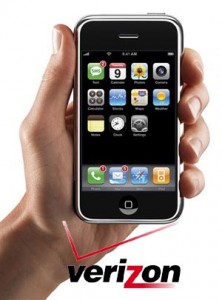 With rumors of an impending iPhone on Verizon Wireless mounting, an analyst is now speculating that as part of Apple’s and Verizon’s deal, the carrier may demand to be the second exclusive iPhone carrier in the U.S. to block out rivals Sprint and T-Mobile from getting Apple’s smartphone on their networks.

Kaufman Bros. analyst Shaw Wu says that Verizon may be paying a price to Apple to ensure that the expansion of the iPhone would only happen for its network, and that “Verizon could be more willing to give in to Apple’s terms.”

“Apple is back in the driver’s seat with a record 14.1 million iPhone shipments in the September quarter helping AT&T gain share against Verizon over the last two quarters as Android starts to lose some of its luster (at least at Verizon). In addition, our sources indicate that Verizon does not believe the pending launch of BlackBerry 6 on its network is likely to have a material impact.”

Whether Apple may be willing to sacrifice a bit of margin–gained through an exclusivity deal with AT&T and Verizon–to have broader availability of the iPhone and try to win market share over Android is unclear.