According to Verizon Wireless CEO Dan Mead, Microsoft’s Windows Phone and Blackberry 10 have an opportunity to act as valid alternatives to Apple’s iPhone and Google’s Android.

While speaking at Verizon Wireless’ investor conference on Wednesday, Mead noted that both Windows Phone and Blackberry were important to the company’s portfolio of smartphones. 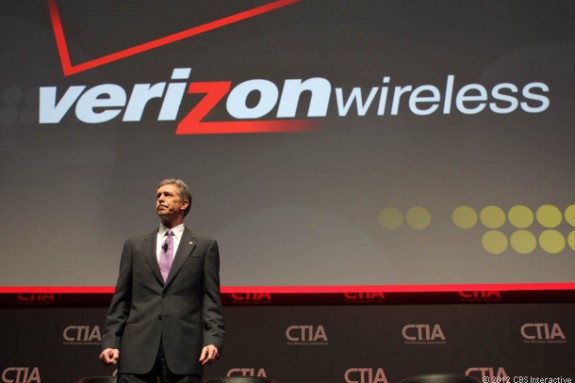 “There’s an important opportunity in our industry for them [Blackberry and Windows Phone].” He then went on to note that hardware manufacturers are showing interest in creating devices running the Windows Phone operating system, and that there still remained a large number of BlackBerry users on the carrier’s network.

Verizon seems to be keen on maintaining a robust line up of devices on its network. Mead was sure to note that maintaining “three to four” mobile operating systems is good for the wireless industry and most notably Verizon Wireless itself. It’s believed that Verizon is looking to reduce the amount it has to pay to subsidize its user’s smartphones. Rumors of an end to device subsidies on the network have grown in recent months.

For each iPhone it sells, Verizon has to pay the full cost of the device to Apple itself and it’s believed that that cost is substantially higher than what it pays for devices running Android, BlackBerry 10 and Windows Phone.

If the difference in device cost is true, users switching from the iPhone to other devices would mean the company could keep more of the money it receives from two-year contracts for itself.

Mead’s remarks come just a week before Nokia is expected to announce its latest flagship on Verizon’s network, the Nokia Lumia 928. That device is rumored to feature a new Xenon flash for taking photos in low-light situations and compatibility with Verizon’s LTE data network.

The BlackBerry Z10 debuted on the United States largest wireless carrier this past March. At the time it was the first device to feature BlackBerry’s next generation BlackBerry 10 operating system, bringing with it many of the conveniences of modern smartphone operating systems like Apple’s iPhone to BlackBerry business users who already prized the company’s focus on messaging and compatibility with enterprise networks. BlackBerry and Verizon are expected to follow that device with the keyboard-centric Q10 sometime this spring or summer.