Verizon XLTE is a faster version of 4G LTE that delivers better connectivity in congested areas and faster downloads and uploads for Verizon users with 27 recent devices including the iPhone 5s, Galaxy S5, HTC One M8 and many others.

Verizon turned on XLTE across the U.S. this week, and as part of our behind the scenes tour of Verizon’s Indy 500 network upgrades we had a chance to test the XLTE network and compare it to AT&T 4G LTE. The tests at the Indianapolis Motor Speedway are very fast, and possibly faster than we will see out in the regular world, but our own tests this morning and those sent in from readers show the speed that Verizon XLTE is capable of delivering. 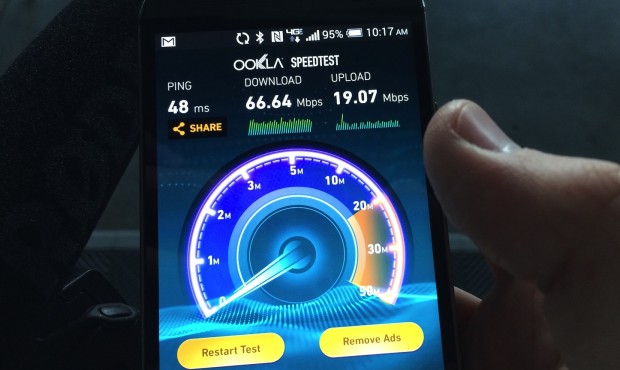 Verizon XLTE speedtests show that it is at least twice as fast as 4G LTE.

After testing the Verizon XLTE network at the speedway we also tested it in a smaller town in Ohio. In Ohio I did not achieve the same speeds, but they were still nearly double the 4G LTE speeds I experienced on my iPhone 5s in early May at the same location.

The Verizon XLTE network is the official name for the AWS (Advanced Wireless Services) technology that connects users to a new spectrum that helps deliver faster speeds and deal with congested areas. This is not VoLTE (Voice over LTE), which we still expect to see in 2014 with the ability to talk and surf at the same time and with improved call quality.

The short video below shows Verizon XLTE  vs AT&T 4G LTE at the Indianapolis Motor Speedway. Verizon has this area wired and ready to deliver XLTE to race fans, and the speeds we saw represent some of the peak speeds for Verizon XLTE. While outside this area we still saw impressive speeds.

Super fast speeds may come from luck, so I ran the speedtest multiple times to see if the speeds changed dramatically. Even with multiple tests, the Verizon XLTE speeds remained fairly stable. The image below shows the Verizon XLTE vs AT&T 4G LTE speedtest at the Indianapolis Motor Speedway. 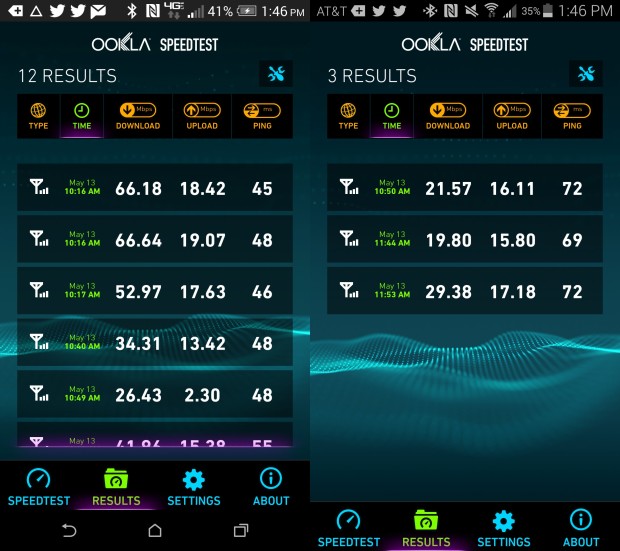 Verizon turned on XLTE across the U.S. which means if you check your download speeds with one of the Verizon XLTE compatible phones you should see faster speeds. Verizon announced that 35% of the devices on their network are XLTE ready. This includes the Samsung Galaxy S4, Galaxy S5, Galaxy Note 3, iPhone 5s, iPhone 5c and new Droid devices.

There is no new XLTE indicator in the status bar. Some readers report that their area is not covered with the new faster 4G LTE network. If you are not seeing faster speeds it may mean that Verizon did not turn on XLTE in your area.

In the announcement Ken Dixon, chief marketing officer of Verizon Wireless explains where XLTE is deployed and why it is important saying, “We continue to offer the very best network, bar none. Now, XLTE provides an even greater advantage to customers by doubling the 4G LTE bandwidth and providing faster peak speeds in cities coast to coast.”

Coverage varies from location to location and we often see AT&T 4G LTE speeds near the everyday XLTE speeds we experienced closer to home, shown below.

While connected to Verizon XLTE in Findlay, Ohio I experienced downloads of nearly twice as fast as normal and uploads that are also faster than on plain Verizon 4G LTE. The Verizon XLTE vs 4G LTE speedtests below show the difference that XLTE makes. 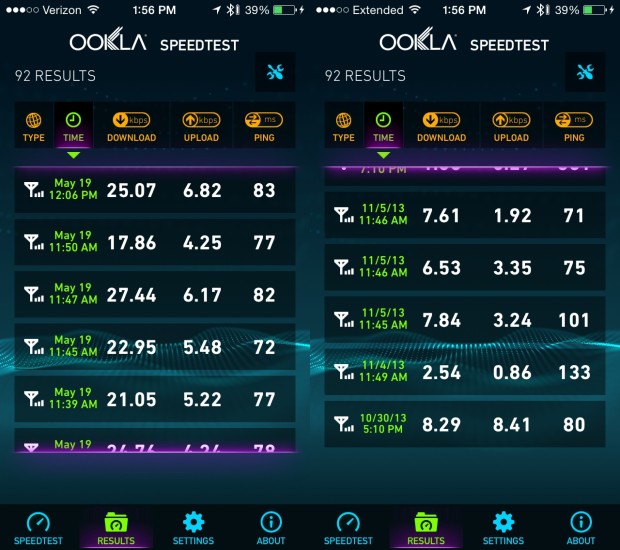 When the iPhone 5s connects to Verizon’s XLTE network I gain much faster speeds which means it is easier to stream video, upload video and share files. This also is great for using the iPhone as a personal hotspot to get my laptop connected to the Internet. One thing users will need to keep an eye on is blowing through data limits with this faster XLTE network which can quite literally use data twice as fast as 4G LTE.

For all the good news there are still some areas where XLTE is not available and where Verizon 4G LTE could stand to see an improvement. All of these Verizon speedtests need to happen several miles from my house because even outside it is tough to get a good Verizon 4G LTE connection.

Verizon engineers explain that there are many things that can interfere with a 4G LTE signal, including hardware and electronics that people import from other countries. Verizon employs Test Men and Test Women to drive across the U.S. testing voice and data quality. These individuals test data connections and run through specific voice calls to measure how good the network is and to determine if users can hear what the person on a cell phone is saying.

From the outside you wouldn’t know a Verizon test Vehicle, other than a dozen antennas on the roof and the back windows.