We’re pretty sure that Verizon will be launching the Samsung Galaxy Nexus on December 8th. However until the carrier decides to make that date official, and it looks like it won’t today, we’ll just have to continue to wait. Luckily, we should keep seeing leaks pop up over the next week or so to tide all of you over and the latest is fairly good. Yes, Verizon’s 4G LTE Galaxy Nexus has been caught in the wild.

The photo you see here, from Droid-Life, is the phone that many of you will be picking up as soon as it’s put up for pre-order or put on shelves. Unfortunately, we don’t get a full shot of the phone so the back of it is going to have to do. 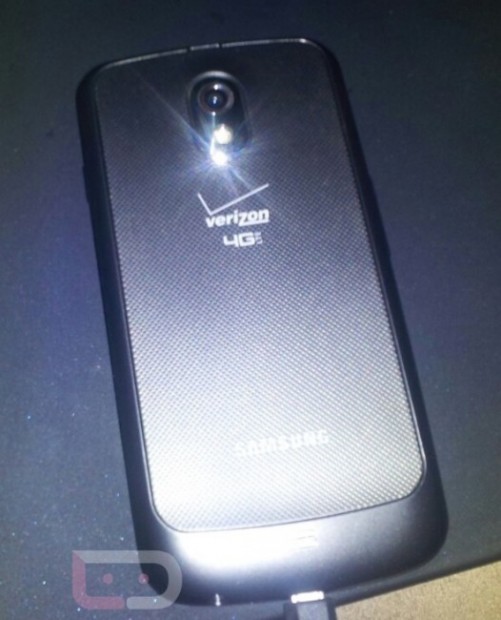 In addition the photo, it appears that the Galaxy Nexus has received an update to Android 4.0.2 which could mean that the issues that may have delayed the device’s release have been taken care of.

We can only hope.