It’s now a year later and Verizon has yet to slow down. On December 15th, the carrier will have its 4G LTE network installed in 190 markets throughout the country servicing 200 million Americans.

That’s pretty impressive. It also means that AT&T and Sprint have some catching up to do. 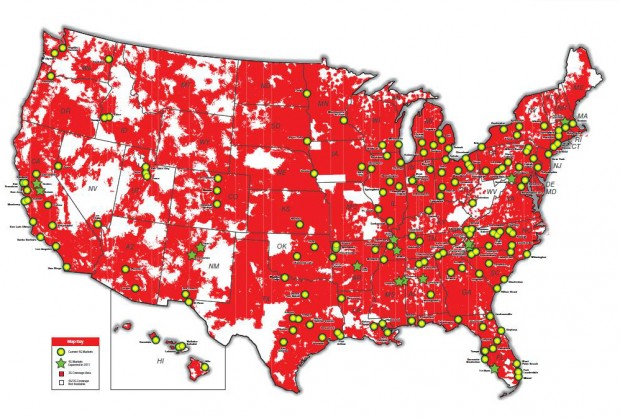 Here are some of Verizon’s impressive 4G LTE stats:

So, kudos to Verizon and a happy birthday to its 4G LTE network.