AT&T and Sprint have quite a bit of work to do if either hopes to catch up to the footprint of Verizon’s 4G LTE network.

According to Droid-Life, Verizon has either introduced, expanded or enhanced its 4G LTE network in 44 markets around the United States.

As it stands, Verizon’s 4G LTE network is far and away bigger than its closest competitor in AT&T, boasting over 200 markets around the U.S. covering more than 200 million Americans.

To compare, AT&T has just over 30 markets available to consumers while Sprint will be launching its 4G LTE network later on this month in six markets. 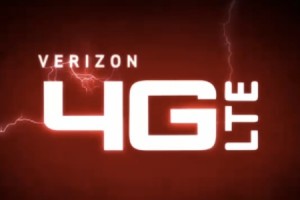 Verizon has either already brought or is going to be bringing 4G LTE service to these markets:

Markets where Verizon has expanded its 4G LTE presence include:

And finally, these are places where Verizon has enhanced its 4G LTE network:

Verizon often flips the switch in places, especially smaller markets, without an announcement so it’s not surprising to see such a big list.

Verizon plans to have its entire 4G LTE network rolled out by the end of 2013.

Have you seen new 4G LTE service from Verizon in the last couple days?