Just a reminder, the LG Spectrum isn’t the only smartphone hitting Verizon’s network today as RIM’s latest BlackBerry Curve, the BlackBerry Curve 9370 has also made it to shelves. Now, this isn’t your ordinary BlackBerry Curve. No. In fact, the Curve 9370 is the first of the Curve series  on Verizon to offer global capabilities which makes it perfect for all the globe trotters out there.

Problem is, it’s going to cost you.

Verizon is going to be asking $99 on a new two-year contract and that will come after a $50 mail-in rebate. Not exactly what dreams are made of but it’s certainly better then the prices that arrived with RIM’s Bold 9900 and 9930. 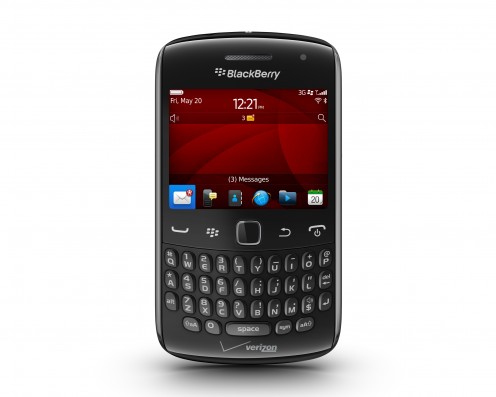 Here’s a little refresher course in case you forgot:

So, no. This is not a 4G LTE phone. And no, it’s not a BlackBerry 10 device. And that means you’re going to have to take a long, hard look at it before signing your name over for two years.

But, for those of you that want it, it’s not available.