Nokia’s wholly owned luxury subsidiary Vertu has recently announced the Vertu Constellation, a premium smartphone with Symbian and a touchscreen. Many of Vertu’s previous phones come with a feature-phone S40 operating system, the Constellation stands out from the pack with its touch-optimized Symbian operating system complete with a Sapphire crystal touchscreen. In fact, Vertu’s phones are hand-made using technologies, materials, and attention that old world watches are given and as such their pricing reflect luxury watches rather than smartphones.

The Vertu Constellation joins the Constellation Quest as the two premier Vertu smartphones, though the newer Constellation is dubbed the first ‘touchphone’ on Vertu’s website, highlighting the device’s Symbian^3 OS.

In addition to the sapphire glass crystal screen, Vertu’s lineup of premium luxury phones also utilizes precious metals, exotic leathers, a and ceramic speaker. Vertu’s phones also come with Vertu’s concierge service along with City Brief, a travel guide that will be delivered to your Vertu handset upon arrival on your city of destination for world travelers.

The Vertu Constellation can be considered the luxurious cousin of the Nokia C7, otherwise known as the Nokia Astound for T-Mobile USA. It has an 8-megapixel EDoF camera, dual LED Heptagon flash, 3.5-inch nHD resolution AMOLED display, and what is speculated to be Symbian^3 Anna. 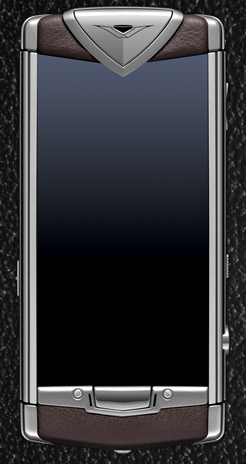 Here are the specs of the phone:

Unfortunately, though, unlike many recent Symbian Nokia phones that use a penta-band radio for compatibility with both AT&T’s and T-Mobile USA’s AWS bands in the U.S. market, the luxury Constellation is only a quad-band 3G phone.

If luxury’s what you’re looking for in a smartphone, you can’t beat Vertu’s precision craftsmanship and choice of material. If you’ve never held a Vertu before, it’s probably for the best as the phone’s well-made quality does invoke a bit of gadget lust, and in the case of the Constellation, that lust will set you back £4,000 to £10,000. Pricey? Yes, but still one of the more ‘affordable’ Vertu prices out there.

For more details about the Vertu Constellation, you can visit the product page. And perhaps, next time around, Vertu won’t wait too long to follow Nokia’s lead with Windows Phone 7.

Via: All About Symbian