It’s hard not to compare the new Kindle Touch introduced today to Barnes & Noble’s Nook Touch or even the Kobo Touch, both of which came out this spring. Amazon’s offering doesn’t bring much that’s new to the table except the Kindle experience in a sleeker package. However, Kindle fans will probably like this just fine. And even if they’re not excited about the Touch functionality, they can still go old school if they like.

The comparisons between the Kindle Touch and the Nook will abound because on the surface they look pretty similar. The dark gray coloring, the soft-touch back, the Pearl eInk display sitting in a shallow well so the infrared touch technology can sense the fingers, it’s pretty much the same on both. The Kobo has some design similarities as well. And for some reason the Kindle Touch went with a Home button that’s reminiscent of the Kobo’s, which isn’t all that pretty to begin with. 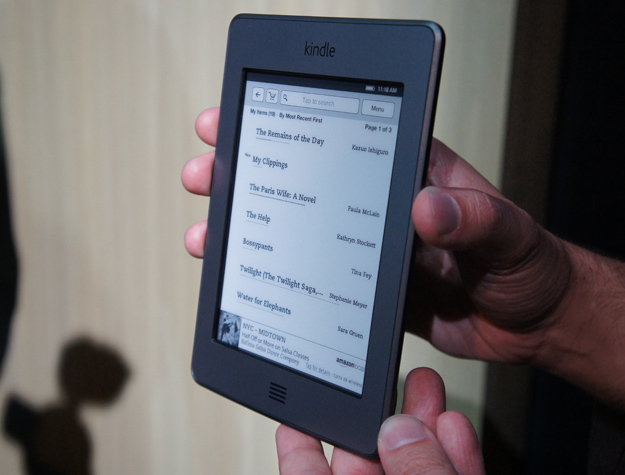 However, this doesn’t signify much except that once you go with this form factor, pioneered by Sony, there isn’t a lot you can do to differentiate without looking like you’re trying too hard. Best to keep it simple and elegant.

This Kindle is very thin and light — under 6 ounces — and could fit in a pocket. It appears to be just as easy to tote and hold as the Nook, which is a definite plus. This will make for comfortable long reading sessions.

One big different between the Nook and the Kindle Touch is that there are no page turn buttons here. All page turning happens on the screen. With the Kobo this proved to be a problem because if you switched from the right to the left hand (or started on the left) you can’t tap to turn forward. Amazon solved this problem nicely by changing the tapping zones. 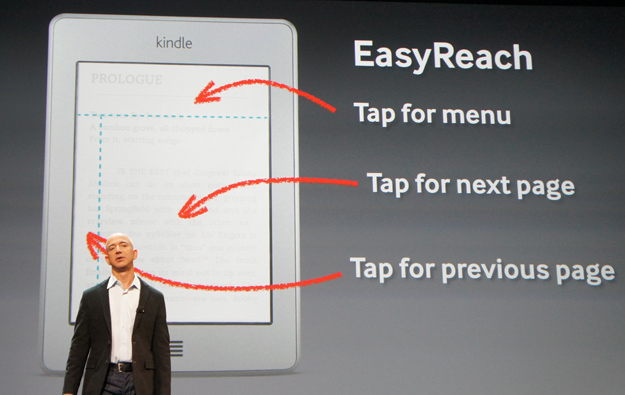 Now users can tap with either the right or left thumb to turn because the majority of the screen is set to go forward when tapped. To go back a page, tap in a narrow area on the left side of the screen. You can also swipe to turn pages.

While I like the idea here, I still like physical page turn buttons. But I hope other eReader and eBook app makers pay attention to this arrangement and implement it — it’s much needed on tablets, for sure.

The only thing new about the display is the touch functionality since the underlying eInk screen is about the same. You can still read in the sunlight since Amazon implemented the same infrared touchscreen as you’ll find on the Sony Reader, Nook, and Kobo Touch.

Performance-wise, the Kindle Touch seemed very responsive in the demos we saw. It turned pages fast and moved between screens quickly. The scrolling function, while not as smooth as you’d see on an LCD display, works well for an eInk screen. There’s no physical keyboard; the on-screen keyboard proved responsive and relatively fast. 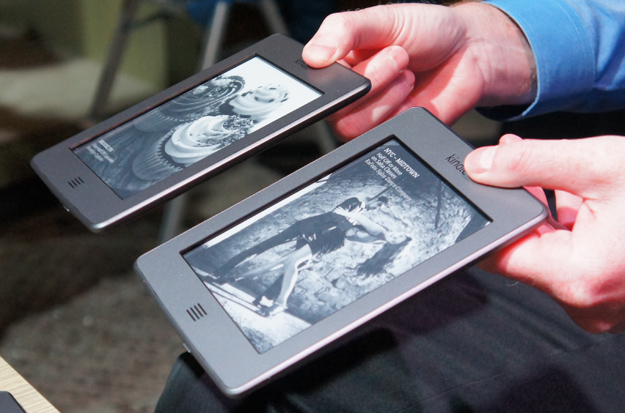 There are two versions of the Kindle Touch: a Wi-Fi only model and one that connects via 3G. 3G service continues to be free and available world wide. Inside, there’s 4GB of internal memory.

Software-wise, the Kindle still has most of the same functionality as before (I didn’t see the browser demoed and don’t know if it still exists) with some new additions. I was particularly impressed with the new X-Ray function Amazon introduced. Including metadata that provides greater context in the books you read is a great feature. Plus, it’s available offline, so you don’t have to wait until you’re connected to see the summary, at least. There are links to even more detailed information once you’re online. 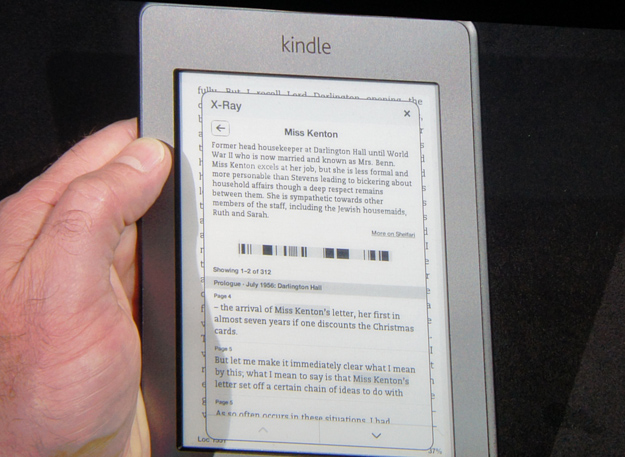 The book they demoed is a classic, so I wonder what a new book’s X-Ray will look like. And what will a science fiction or fantasy book look like? The possibilities for publishers and authors are huge with this. Let’s hope they don’t go overboard.

A word on pricing: Jeff Bezos touted the Touch’s $99 price for Wi-Fi and $149 price for the 3G version but didn’t really dwell the fact that these prices are for the ad-supported models. Amazon Offers, which now includes local offers, is supposed to be unobtrusive. They show up as the screen saver once you put the device to sleep instead of the pictures of famous authors. Otherwise, you don’t see them inside of books or in the menus.

However, if you do not want to see these ads at all, you’ll pay $139 for the Touch (same price as the Nook) and $189 for the Touch 3G. That’s a significant price hike.

I’m on the fence about the special offers version. A $99 price point is great, but I get enough ads shoved at me all the time. I don’t really want more.

The retail partners haven’t yet decided which versions they’re going to sell. It’s possible they’ll only sell the Special Offers models because they’re less expensive. A Kindle rep told us the packaging would make this aspect clear. We’ll see. He also said that users could opt out of the ads even if they buy the special offers version. He didn’t elaborate on how that would work — will you have to pay Amazon $40 to get the ads turned off?

That issue aside, it looks like the Kindle Touch is a worthy successor to the Kindle 3 (now dubbed the Kindle Keyboard and also $99 with special offers). Definitely check it out if you’re looking to upgrade. Hopefully we’ll get the chance to do a full review before the holiday shopping season ends. In the mean time, check out our hands-on video and gallery below. 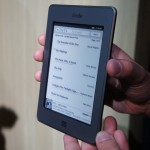 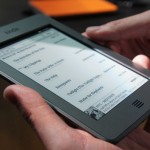 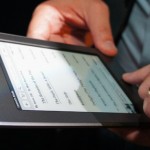 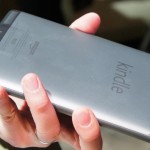 Kindle Touch back – note the two contacts at the bottom, utilized for the cover with reading light. 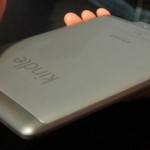 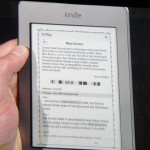 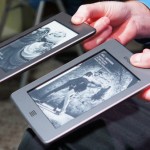 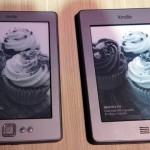 Kindle on the left, Kindle Touch on the right 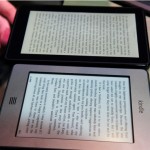 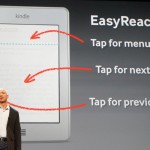