Viliv Checks in at Best Buy 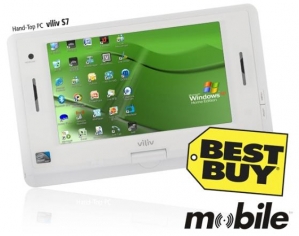 Looks like Viliv and Best Buy have hooked up. According to CrunchGear, Best Buy is going to be selling the S5 (two different versions), the X70Ex Slate, and the S7 Convertible Notebook. According to jkOnTheRun shoppers will be able to start dropping cash on these beginning tomorrow.

If you’re in the market for the S7, you can also get a $50 rebate if you purchase a MiFi card (Sprint).