Violent Cell Phone Thefts On the Rise in U.S.

Smartphone owners should be more wary of their surroundings, especially in major metropolitan areas as cell phone and smartphone thefts are on the rise. But it’s not just cell phone thefts that concerns us, it’s that these thefts are sometimes violent and may come with violent threats.

IDG News Service reported that in San Francisco, California alone, there were 579 recorded incidents of thefts of phones and tablets between November and April.

Cell phone theft in San Francisco has become such a major problem that police officers have attempted to set up sting operations to arrest buyers of potentially stolen phones. Doing so, SFPD argues, would target the source of the problem. Without buyers, thieves would have no market to sell to. 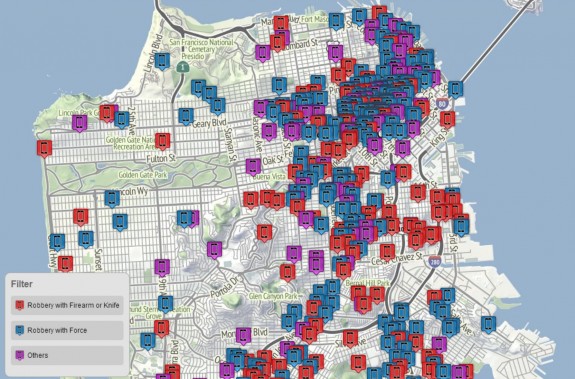 “In just over half the incidents, victims were punched, kicked, or otherwise physically intimidated for their phones, and in a quarter of robberies, users were threatened with guns or knives,” reports Infoworld.

More recently, New York state Attorney General Eric Schneiderman asked Apple, Google, and Samsung to do more to curb cell phone thefts. He says that these tech giants weren’t doing enough and may be quietly profiting from thefts of smartphones as victims would have to replace their devices with new ones.

On the other side of the equation, carriers are slowly starting to blacklist stolen phones to help stop the black market for these high tech devices. However, this requires victims to report the theft to carriers and provide the IMEI number. Many casual consumers have no idea what the IMEI number is or even where to locate such number.

Congress is also trying to intervene. Senator Charles Shumer attempted to introduce a bill that would punish anyone altering an IMEI number with a five-year jail sentence, but the bill died.

San Francisco’s district attorney says that prison isn’t a good solution and that we have to end the cause of the problem:

“We already have way too many people in prison, we have enough laws on the books, and the last thing we want to do is continue to take young people and put them in prison for long periods of time. What we need to do is remove the marketability of these items.”

The SF district attorney wants a self-destruct button that would render a phone completely useless if reported loss or stolen.

Apple, with its Find My Phone service had introduced a feature that would help locate a device and also remotely wipe the content of an iPhone. The solution isn’t perfect. If the thief wipes a stolen iPhone clean, it cannot be located with the Find My Phone app and if the owner remotely wipes the data off of a stolen phone, only the data is gone and the phone could still be usable.

And despite the attractiveness of a kill switch for stolen phones, the wireless industry association opposes this as a solution, saying that often times consumers lose their phones and later find it. If the kill switch was activated, a consumer would only end up with a paperweight after finding their original phone.

Cell phone theft is a tough problem. For now, consumers should be vigilant when walking around with their phones.