Virgin Atlantic has started to allow customers to make phone calls at 35,000 feet on certain flights across the ocean.

The airline, according to SFGate, is now allowing customers to both make and receive phone calls during the eight-hour flight across the Atlantic Ocean.

Of course, the airline says that the service is only “for use in exceptional situations” and it will only allow six passengers to use the satellite operated service at a time. 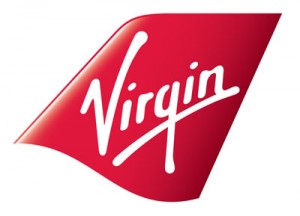 Passengers, besides being able to make or receive phone calls, will also be able to received text messages from the ground.

At this time though, it’s only available to customers on certain carriers. Right now, Virgin Atlantic only allows customers on the UK’s O2 and Vodafone and customers on T-Mobile in the United States to use the service.

It’s only available on select Virgin Atlantic flights as well with the company offering it on its Airbus A330-300 flights from New York and London with an expansion to 20 flights planned by the end of the year.

The carrier will also restrict when passengers will be able to make calls so as not to disturb other passengers on the plane. Many passengers often choose to sleep the entire flight and this new service obviously poses a disturbance.

Still, this will be a valuable service to those that wish to stay in contact with friends, family and co-workers during the eight hour trip across the sea.

Virgin Atlantic is not the first airline carrier to allow in-flight calling. That distinction goes to Emirates which has allowed customers to use their cell phones in-flight since 2008.

Major U.S. domestic carriers currently do not allow customers to make in-flight phone calls but do offer in-flight Wi-Fi service for those that wish to stay connected.

What do you think? Is this a good policy or do you think it will be more trouble than it’s worth?