Vizio’s new devices all feature the company’s “undercut” design which looks like a riff on the “inevitable” design of the MacBook Air and MacBook Pro. Like Apple’s new notebooks, Vizio uses the latest Intel Ivy Bridge CPU.

The company’s new “Thin +Light” Ultrabooks have similar specs to  the MacBook Air with Intel HD 4000 graphics and the aforementioned Ivy Bridge processors. Unlike the MacBook Air, Vizio’s “Thin+Lights” come with 14-inch and 15.6-inch displays. 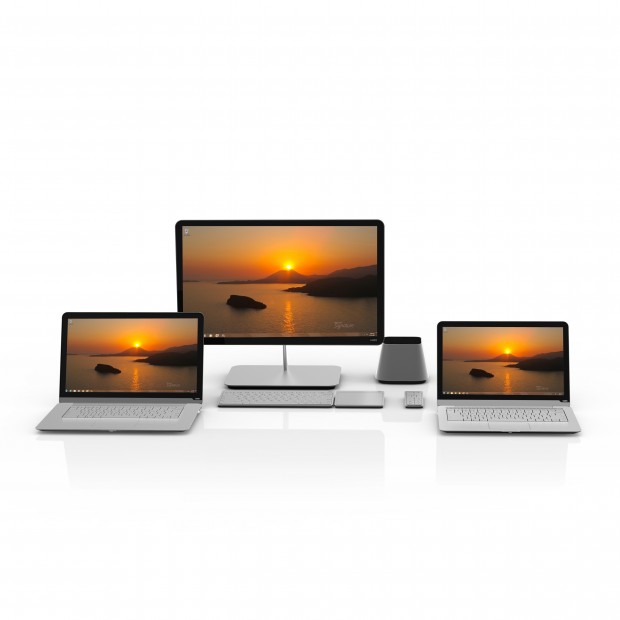 Vizio’s new machines run a clean image of Windows 7. That means absolutely no bloatware that users need to uninstall. Microsoft even devoted a team of engineers to make sure the clean image is optimized for the specs of the new Ultrabooks and laptops.

The company also spent time to make sure the screen and audio are great. Vizio selected screens for great color-balance and used its partnership with SRS to make the audio sound great. At least, that’s what Vizio claims.

Although Vizio won’t install any bloatware, it has a special V-Key on the F1 button that launched the user into partner experiences. Those partners include Origin, Netflix, Rhapsody, Hulu, Netflix, Vudu, and BackBlaze. We assume the key opens links to the services online.

All of the new devices will be available in the next few weeks. All of the machines, including the Thin + Lights and Notebooks start at a base price of $898.