Gameloft is partnering with Verizon Wireless to bring voice chat to the company’s Android games, which will help to deliver a better experience for multiplayer gaming. Voice chat through MMO games have been a long-standing feature of more powerful systems, like on standalone home gaming consoles and on computers, and it’s nice to see the feature make its way to mobile systems thanks to advancements in technology in recent years. Thanks to faster mobile broadband networks, like 4G LTE, and multi-core processors and high resolution displays, the gaming experience on mobile handsets is quickly improving.

The feature was shown off at the Consumer Electronics Show this year at the Qualcomm booth where Gameloft had demoed the racing game Asphalt 6 with a voice chat feature that supported three-person chat. 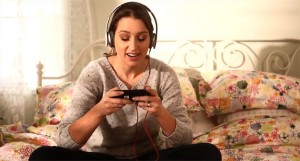 The feature is expected to come to more games and will be available to consumers later this year.