While iCloud helped make my Hawaii trip worry-free tech-wise, the element of my iPhone I found most relaxing was Voice Control. If you ever question the value of voice control, an easy cure is to use it while walking to and along the beach. 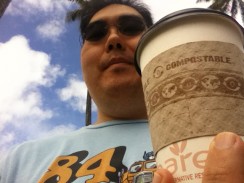 Unlike many of my peers, I don’t have the iPhone 4S with Siri. (And by “peers” I include my comrades here on GBM and my own sister.) Still, I enjoy using the Voice Control system of iOS 4 for dealing with phone calls and controlling music. I especially enjoy it for hands/eyes-free operation while driving, but also while taking in the sights on a peaceful walk to the beach. It was while making that walk that I realized just how much I want voice control to do. 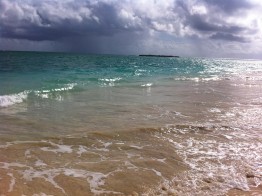 The family house being a bit small for us, my mom rented a couple rooms in Kailua (Oahu, not Kailua Kona) for me, my brother and his girlfriend to crash at for a couple nights. Like most rentals in Kailua, it was a few minutes walk to the beach, so I took advantage of that the first morning.

Stepping out of the house, first thing I did was pull up my location on my iPhone map and put a pin on the house, so I wouldn’t have to worry about finding my way back. Then I plotted my way to the beach, popped in my headphones and headed on my way. Along the way, I used Voice Control call my wife back home and then pull up my “Chill” playlist. Activating Voice Control was easy using my iPhone headphones or the iPhone home button, which is easily accessed on my belt holster. Controlling my iPhone during the walk to the beach was relatively eyes-free.

Wish I had Siri and that Siri had more 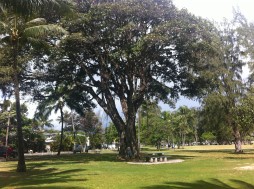 All simple and easy but With Siri, I could have done more. Before I left, I sent a text to my still sleeping brother to let him know I’d be out. I could have called up directions to the beach without typing a word. I could have set a reminder for when to return. I didn’t need Siri for any of that, but I found myself wanting to do those things as easily as I could place a call or change my music.

In fact, I would have liked to have been able to do it all without looking at my iPhone at all. How nice would it be to ask for directions and get turn-by-turn navigation instead of a map? Sure, that’s impractical for driving, but it would be great for foot journeys. I would also love to be able to get a brief report on overnight Twitter updates and ask for a few to be read. The real key to voice control in my opinion is about getting things done without looking at the screen.

It’s not for working, it’s for living 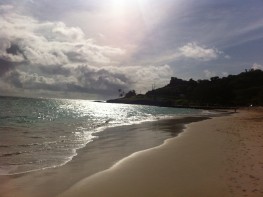 Perhaps the biggest lesson that using voice control in that setting reinforced is that it’s not about getting work done but for letting you enjoy life. Walking along the beach with cool water at my feet and warm sun on my face, the only time I wanted to look at a screen was to take these photos. Sitting down to drink my coffee and eat my breakfast at the beach, I did catch up with email and Twitter, but I really would have liked that audio report ahead of time to clear out the cruff. Yeah, voice control isn’t always the fastest way of doing things, but when I’m relaxing at the beach, the more of my hectic lifestyle I can leave behind the better.

For me, that’s the real promise of voice control and the big message in those recent iPhone ads featuring Samuel L. Jackson and Zooey Deschanel. Whether preparing a romantic dinner or staying in on a rainy day, Siri and other forms of voice control are not about working your job, but living your life. 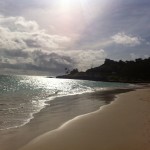 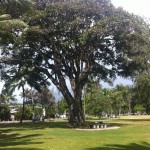 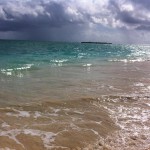 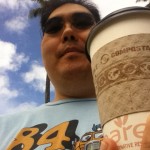