If you are an iPhone user that makes a lot of phone calls and actually cares what the call sounds like a new AT&T announcement is music to your ears as it signals that the carrier is ready to deliver HD Voice over VoLTE, w new form of LTE calling that rumors suggest the iPhone 6 and iOS 8 will support later this year.

Apple may include support for better sounding voice calls into the iPhone 6 and might be able to bring this feature to the iPhone 5s using iOS 8. In addition to better sounding calls VoLTE supports talking and surfing at the same time. This is already a standard AT&T feature, but one that Verizon iPhone users long for.

VoLTE, or Voice of LTE, sends a voice call over the same fast 4G LTE network that the iPhone 5s uses for browsing the web, and with this new method of sending voice as data the call quality is dramatically better. For an example of what it could sound like make a FaceTime Audio call from the iPhone to another iPhone user and listen to the difference between that and a normal phone call. 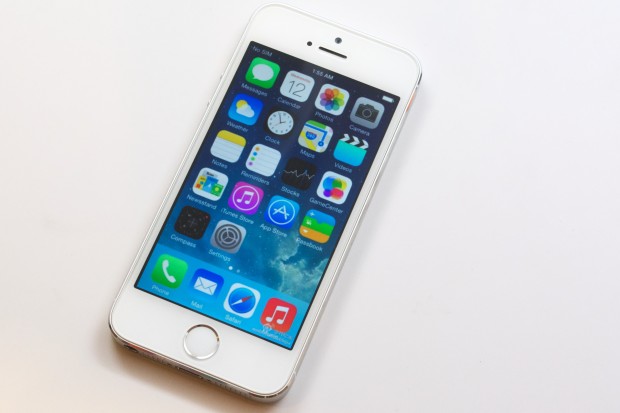 AT&T calls this HD Voice, is a term commonly used by T-Mobile and Sprint, though they are achieving better sounding voice calls but not always with the new VoLTE connectivity. Right now HD Voice is primarily a feature that takes place between compatible calls from phones on the same network, but that could change down the road.

In a new announcement this morning AT&T confirmed that it will flip the switch to enable VoLTE in four states, with expansion coming on a market by market basis. On May 23rd AT&T customers with a Samsung Galaxy S4 mini can make HD Voice calls when connected to VoLTE areas in Illinois, Indiana, Minnesota and Wisconsin. This limited rollout is likely part of a real world test for the technology.

This is a small area of coverage, but up until this announcement it was not clear when AT&T would be ready to offer VoLTE support, which left room for Apple to hold off on adding this support to the iPhone 6 and to the iPhone 5s through an iOS 8 update.

It is not clear why AT&T chose to offer the feature and support on an older less popular device, but it may be to limit the number of devices using VoLTE and HD Voice while the company ramps up to support more popular devices like a new iPhone or the iPhone 5s.

Verizon confirmed real world tests of VoLTE technology in late 2013 and in a recent tour of Verizon network technology Gotta Be Mobile learned that when Verizon is ready to deliver VoLTE service the carrier can essentially turn this feature on for anywhere with Verizon 4G LTE. Verizon is still not talking about exact plans to launch 4G LTE, but chatter indicates the carrier ramped up VoLTE testing and the most recent official statement is that Verizon VoLTE is coming in 2014. Verizon is already using AWS, a new technology that allows users with compatible devices to connect and experience incredible speeds, even in congested areas.

In early April Mark Gurman of 9to5Mac shared a number of potential iOS 8 features, including support for VoLTE. Carrier sources claim Apple is considering adding this technology to iOS 8 and to a new iPhone. Gurman reports that unless carriers are ready support may not make the iOS 8 update. This recent news is good for iPhone users that want better sounding phone calls. This report focuses on iOS 8 for the iPhone 6, but it appears that the iPhone 5s hardware can support VoLTE. An iOS 8 update could potentially add HD Voice to the iPhone 5s.

If This happens the iPhone 6 and the iPhone 5s would both allow Verizon users to make phone calls and use the web at the same time. Many Verizon Android phones offer this, but the iPhone 5 and iPhone 5s do not support this on Verizon’s network.

At this point VoLTE support for the iOS 8 and the iPhone 6 is only a rumor. One June 2nd Apple will cover the future of iOS at WWDC 2014. This is an annual developer event where the company shares new features that will come to the new iPhone and to older iPhones later that year. Apple may announce VoLTE support at this event, but it is also fairly common to see several features held for a new iPhone announcement in the fall.

The iPhone 6 release date is rumored for September, with two possible screen sizes that share a single resolution. Buyers may see a 4.7-inch and a 5.5-inch iPhone with the 4.7-inch model arriving  first and a larger phablet size possible coming just in time for the holiday shopping season. Expect a faster Apple A8 processor and possible camera improvements that don’t come simply as a higher megapixel rating, but as smaller internal improvements.