According to a new report, struggling Canadian smartphone-maker BlackBerry may be sold off in parts mainly for its patents and operating system.

“A handful of potential bidders, including private equity firms, are lining up to look at BlackBerry Ltd, but initial indications suggest that interest is tepid and buyers are eyeing parts of the Canadian smartphone maker rather than the whole company,” Reuters had reported, citing sources familiar with the matter.

BlackBerry had stated that it was open to options, including the sale of the company and/or its various divisions to raise cash. The company was caught off guard when Apple had debuted the iPhone in 2007 and has since been unsuccessful in competing against Apple’s smartphone and its iPad tablet along with various devices running Google’s Android operating system. And more recently, depending on where the statistics are coming from, BlackBerry may be eclipsed by Microsoft’s Windows Phone operating system in the race for market share. 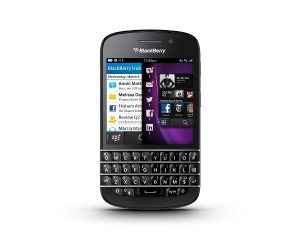 BlackBerry is worth just a little north of $5 billion at this time, and still another option would be for a Canadian pension fund to buy out the company with an investor. In terms of selling parts of the company, BlackBerry’s patents around its keyboards are being sought by private equity firm. Though the BlackBerry keyboard experience on a smartphone has often been emulated, none have provided the exact typing pleasure that a BlackBerry offers. As touchscreen devices and intelligent auto-correct emerged, Apple proved that physical keyboards may not be as important overall, and the extra screen real estate gained by not having a physical keyboard can be allocated for other tasks.

Another valuable asset that BlackBerry has is the QNX operating system. QNX is the underlying code in the most recent BlackBerry 10 OS that launched earlier this year and has been used in various industrial applications, including automotive infotainment systems.

As the smartphone market is consolidating–Microsoft had acquired rival Nokia which had suffered a similar fate as BlackBerry–and it remains to be seen how a sale would work. There are complexities with BlackBerry as its phone business may not hold as much value while its patents are still valuable in a highly litigious landscape for mobility.