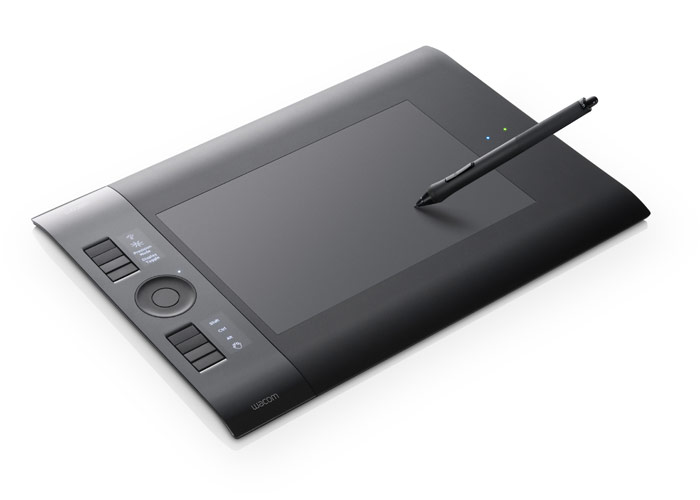 If you’ve been itching for the precision of a Wacom Intuos pen tablet but can’t be bogged down by wires, you’re in luck. Wacom’s new Intuos4 Wireless sends inky goodness to your PC via Bluetooth, offering freedom of movement in positioning it on your desk, kicking back in an easy chair to doodle, or turning your HDTV into a digitial canvas you can paint from the couch.

At $399, the Intuos4 Wireless is a serious art machine, offering 2048 levels of pressure sensitivity and 60 degrees of tilt recognition on an 8″ x 5″ pen area. Full physical dimensions are 14.3″ x 10.0″ x 0.6″, which includes space for eight customizable, illuminated ExpressKeys and a finger-sensitive touch ring that controls up to four different functions per application. Charging is done via USB.

Obviously this is not for the casual inker. I use its predecessor, the Graphire Wireless (bought used), to control my media PC at home. One would think years of using pen directly on screen would ruin me for these types of no-display pen tablets, but I find it quite enjoyable.