A growing number of shoppers are waiting for the iPhone 6 release date instead of buying an iPhone 5s right now, and consumer interest in the un-announced iPhone 6 nears the same level as the iPhone 5s which is nearly seven months old.

Even though Apple is not talking about the 2014 iPhone or iPhones yet, consumers are familiar with the annual upgrade cycle that the company stuck to for the pst several iPhone releases and the average iPhone 5 owner is already asking us about what they can expect form an iPhone 6 this fall.

Apple’s upgrade cycle caters to users that upgrade every other year by offering an all new iPhone 5 and then a similar looking but upgraded iPhone 5s that many iPhone 5 owners could skip in favor of the iPhone 6. The new iPhone release date is expected this fall, just as many iPhone 5 contracts end. 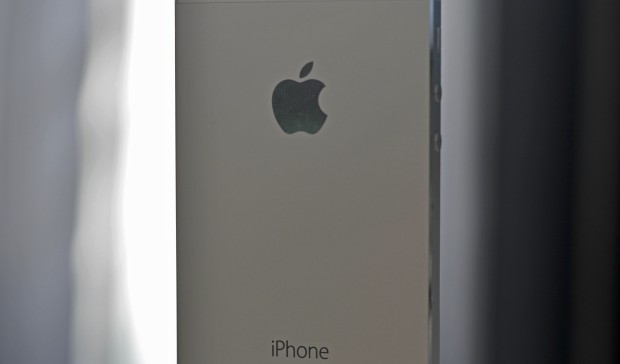 There are also many iPhone 4s and iPhone 4 owners out there that are finally considering an upgrade and asking if they should buy the iPhone 5s or wait for the iPhone 6. Although it can be hard to wait several months for a new phone, an increasing number of users are waiting for the iPhone 6.

A new survey of iPhone buyers does not indicate why they are waiting for the iPhone 6 instead of buying the iPhone 5s today, but odds are the iPhone 6 rumors of a larger screen, thinner all new design and the possibility of using the iPhone as a wallet to make mobile payments likely factors in.

Analysts often fill in the blanks left by leaks from Asia, and although Gene Munster often shares information about Apple that seems far-fetched a new consumer survey from Piper Jaffray offers a good look at how consumers are responding to new iPhone rumors and the chance of an iPhone 6 release date this fall.

Mac Rumors shares Munster’s note, which includes a survey of over 1,000 U.S. consumers and their plans to buy a new smartphone in the next three months. The chart shows that interest in buying an iPhone 5s is down slightly from the release in September, and the iPhone 5c interest is down to just 5%. Overall only 34% of consumers surveyed plan to buy an iPhone of any kind in the next three months. Although the total number of users planning to buy an iPhone dropped to just a third of those surveyed, interest in the iPhone 5s remains relatively strong.

In the note, Munster explains the iPhone 5s’ long term appeal and points to an iPhone 6 release date in September,

“While our survey is US focused, we believe the data suggests that the iPhone, particularly the highest-end 5S model, continues to have staying power given about a third of US smartphone consumers expect to purchase an iPhone in the next three months. We view the stronger March quarter in addition to our survey as an indication that iPhone can remain healthy into the iPhone 6 upgrade in September.”

While shoppers are certainly waiting for the iPhone 6 instead of buying an iPhone 5s, this survey also shows the challenge Apple faces today thanks to the HTC One M8 and the Galaxy S5. Over 50% of shoppers plan to buy an Android phone in the next three months, which is nearly a direct swap from the iPhone 5s release period. With Apple’s singular focus on the fall for new products, competitors plan releases in the Spring in an attempt to dominate sales before the iPhone 6.

The latest iPhone 6 rumors suggest Apple is planning two iPhones for the fall. We could see an iPhone 6 with a 4.7-inch display and a larger model arrive later with a 5.5-inch display. Reports suggest they will share a 1,704 x 960 resolution which will deliver a higher-res Retina display that consumers may find looks much better than the iPhone 5s. Leaks suggest a thinner iPhone 6 that shares a similar design to the iPad Air and a Sapphire display cover that prevents scratches. Reports also suggest an Apple A8 processor, 1GB of RAM and a camera upgrade.