The Walmart Black Friday 2013 sales start on Thanksgiving and roll through the weekend with discounts on almost any electronic gadget you could want. Walmart is best known for in store deals but the company is planning online Black Friday sales that will offers some, but not all of the Black Friday 2013 deals.

The early Walmart Black Friday 2013 deals are available online right now, including a few iPad deals and a collection of HDTV sales, but the biggest Black Friday savings are yet to come. 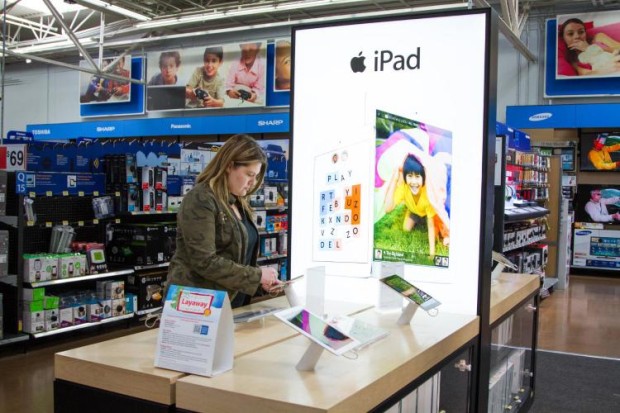 The Walmart Black Friday Online sales are not going to match the hype and savings found in stores.

Walmart boasts there will be “hundreds of online specials” during Black Friday and Thanksgiving day, but a quick comparison of “hundreds” that will arrive later this week and a comparable in store offer.

Here’s what you’ll find if you actually go into Walmart on Black Friday.

With just this quick look you can see that shoppers get an arguably better iPad for $150 less and it is guaranteed in stock for the first hour. The Xbox 360 is $40 cheaper, which may mean no camo controller, but if you want to save cash look for a controller elsewhere. If you go into the store during the Walmart Black Friday 2013 event 2 on Friday you can spend $20 more and get an HDTV with a better refresh rate and Smart TV features. If you play games or watch sports that $20 is well spent. 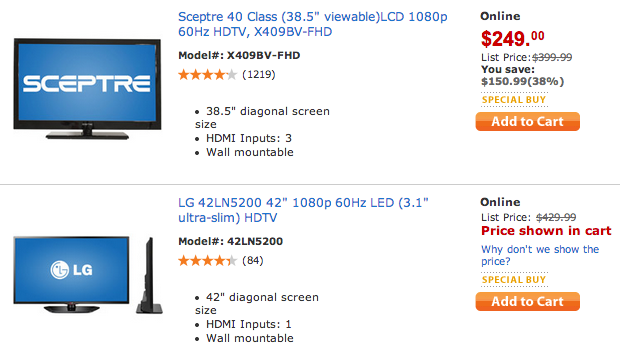 When it comes to the Walmart Black Friday 2013 sales, going to the store is likely the best option, or look at another retailer. Walmart will not offer the guaranteed in stock items online and the biggest HDTV deal isn’t available online either.

Walmart wants shoppers to go to the store, where they are more likely to get caught up in the rush of Black Friday which turns into more sales for items they didn’t come int eh door for. It’s great to see 21 items that will be in stock for the first hour, but the doorbusters that do sell out will leave plenty of opportunity for Walmart to sell a more expensive option to in store shoppers who can’t easily take advantage of a Best Buy or Amazon deal after already waiting in line at Walmart.