For the first time in years the Walmart Black Friday 2016 ad does not include any guaranteed in stock deals. The company is still offering wristbands for select items, but that is just so you don’t need to wait in line for the entire Black Friday shopping experience.

Walmart is optimistic that they will be able to meet the demand even without the complicated 1 Hour Guaranteed In Stock offers that we’ve seen in the past. Steve Bratspies, chief merchandising officer, Walmart U.S. boasts, “We’ve secured significant availability of these items. We pride ourselves on not being the retailer who advertises a great price and then only has a few available.” 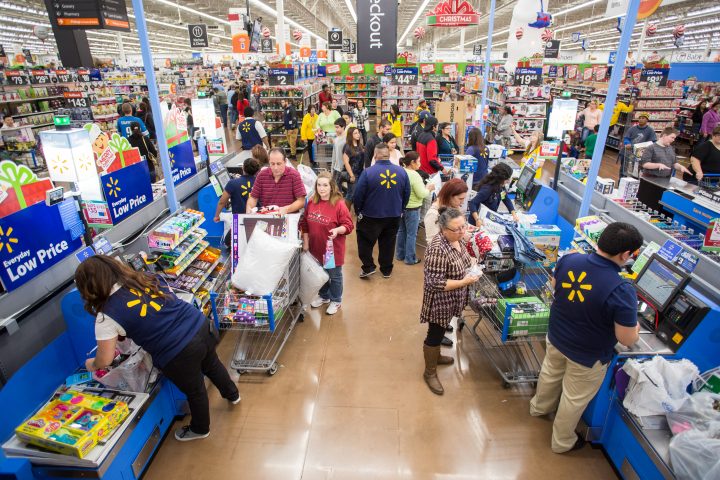 The Walmart Black Friday 2016 ad stuns shoppers by dropping the best deal from the lineup.

Shoppers who may have expected to waltz into Walmart and stand in line for the Walmart Black Friday 2016 doorbusters will now want to make sure they arrive early.

The Walmart Black Friday 2016 deals start at 6 PM on Thanksgiving, but Walmart will hand out wristbands for some of the doorbusters and the DJI Phantom 3 drone. The announcement cautions, “Some stores may begin handing out wristbands prior to when the event begins.”

These wristbands will only be handed out for stock on hand, and you will need to checkout within two hours to get the item.

Despite problems with the 1 Hour Guaranteed In Stock deals, they were a perennial favorite of shoppers who knew they were going to get what they want after spending Thanksgiving inside of Walmart instead of on a couch. If you do head out, here are the restaurants open on Thanksgiving Day 2016. 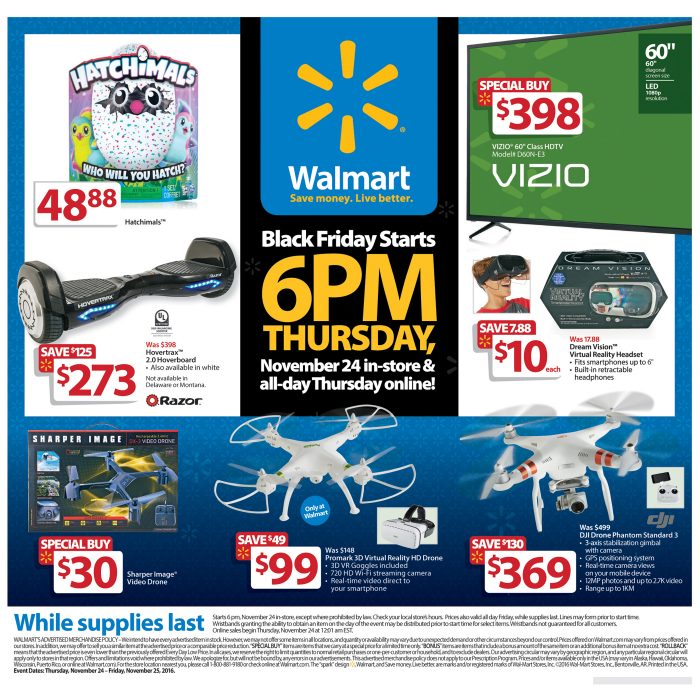 There is no more 1 hour in stock guarantee in the Walmart Black Friday 2016 ad.

You can see the Walmart Black Friday 2016 ad in the Walmart app on iPhone or Android now. The highlights include;

We are especially excited for the iPhone Black Friday deals that offer a $250 gift card with and iPhone activation and payment plan on Verizon or Sprint. There are also Samsung deals on Android smartphones that deliver the same $250 gift card. You must make an appointment starting at 6 PM on Thanksgiving Day and then return after 9 PM to activate the phone.