The HDTV Walmart is advertising everywhere from its Black Friday flyers and on nationally televised football games is the Vizio E701i-A3E. Walmart doesn’t normally carry this television in stores or via Walmart.com, but other retailers such as Amazon.com do. As of today, Amazon.com is selling the  Vizio E701i-A3E for the same $1,698 price that Walmart cites as the full retail price. That’s important to note since some Black Friday ads base discounts off of manufacturer’s suggested retail prices rather than what stores are selling items for immediately before Thanksgiving. 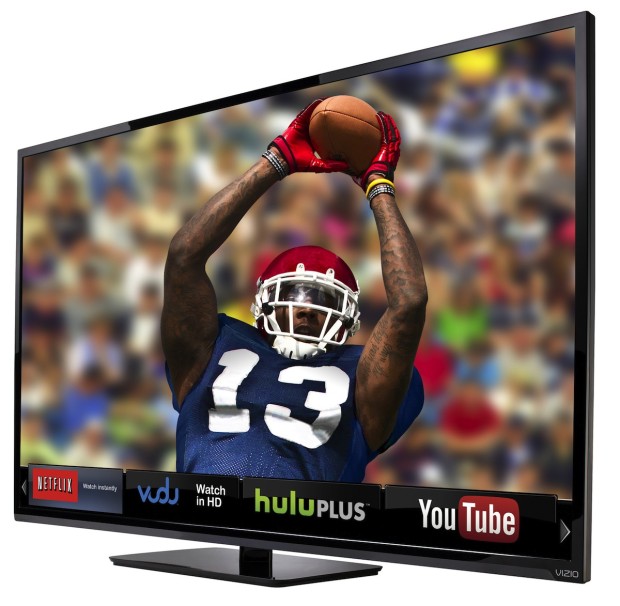 This 70″ HDTV can play back video at full 1080p and has a refresh rate of 120Hz. Those who watch a lot of fast-action sports may want to hold out for a TV with a faster refresh rate. Higher-end HDTVs, including many Samsung models, have refresh rates of 240Hz. Most TV shows and movies will look just fine at 120Hz however.  It has four HDMI inputs and a suite of apps to watch videos from Netflix, Hulu, YouTube and other services.

The 70″ Vizio HDTV is absolutely huge compared to what most people have in their living rooms. While it may sound only a little bigger than smaller HDTVs, it’s much larger when you consider the displays’ areas rather than diagonal measurement. The area of  the 70″ display is actually 36% greater than a 60″ HDTV’s and a whopping 62% greater than a 55″ HDTV’s area. 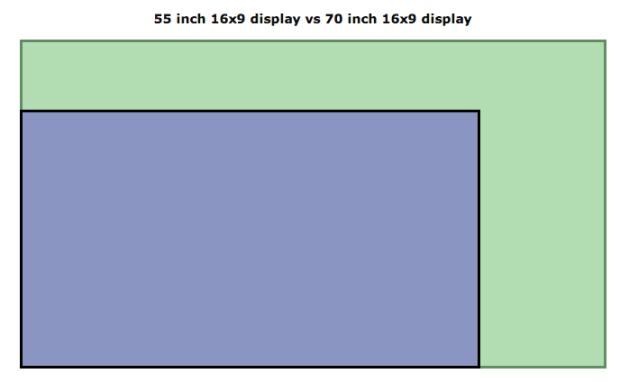 This 70″ HDTV is part of Vizio’s E series of HDTVs, which range in size from 24″ to 70″. Amazon.com customers have written more than 2,200 reviews of this series of HDTVs and have given them an average of 4.1 out of 5 stars.  One reviewer of the 70″ version called it the best TV he’d ever owned and went on to write:

…she feels like she’s in a movie theather when watching the new Vizio. Personally I am impressed aslo by the picture quality and the apps and how well sorted most of the user interfaces of the apps are.

As with all fantastic Black Friday deals, there is a catch. Walmart isn’t including this HDTV in its guaranteed in stock promo on Black Friday. That means only a handful of shoppers will likely be able to purchase this HDTV at each Walmart location. Walmart stores will have lines for this and other doorbuster deals. Each store will hand out reservation wristbands so customers can shop while they wait for the sale to kick off at 8pm on Thanksgiving. This scheme is an attempt to cut down on the pushing and shoving that’s become commonplace at Walmart stores in recent years on Black Friday.