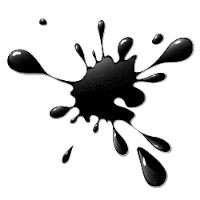 Our own Warner Crocker is at it again, handing out his annual Ink Blot Awards. The list of recipients is long and (mostly) distinguished. This marks the sixth year that Warner’s put together the list over at Life on the Wicked Stage, his personal blog.

I highly recommend reading through the list of awardees and following at least some of the sites and Twitter accounts listed. There’s a wealth of tech knowledge in there as well as Warner’s own brand of humor.

The awards got their name from back when Tablet PCs were still the future and Microsoft was actually pushing the technology forward. The tablet market used to be cornered by machines running Windows. That’s not the case any more.

Tablet PCs as we’ve known them from the past are basically a dinosaur, thanks largely to Microsoft…The majority of mobile gadget entries, including Tablets and slates still look more like odd independent films trying to find distribution. Meanwhile Apple has changed the calendar and the culture in its favor and looks to dominate for some time to come….

Warner calls out the good:

Still the Best Weekly Feature on a Blog for This Week In Mobile Tech Manor: James Kendrick

Best We’ve Got You By the Balls and We’re Gonna Make You Pay While We Watch You Scream: AT&T, Verizon, T-Mobile, Sprint

Best Sorriest Attempt at Playing Me Too: Steve Ballmer Holding Up an HP Slate at CES 2010

Head over to Life on the Wicked Stage for the full list of Ink Blot Awards and more of Warner’s commentary.