Gamers looking for Watch Dogs cheats are in for a surprise and a lot of disappointment. Unlike GTA 5 which offered the option to dial-up weapons and vehicles with cheats, the developer confirmed there are no Watch Dogs cheats built into the game.

Watch Dogs is an open world game, like GTA 5, and while gamers are playing another gamer can challenge them to an online game where the two hack or fight it out to win skill points and in-game cash. The jump between multiplayer and single player may be part of the decision, but it may also be a push to get users to level up through in-game purchases, similar to the skill upgrades some retailers offer with a Watch Dogs pre-order. 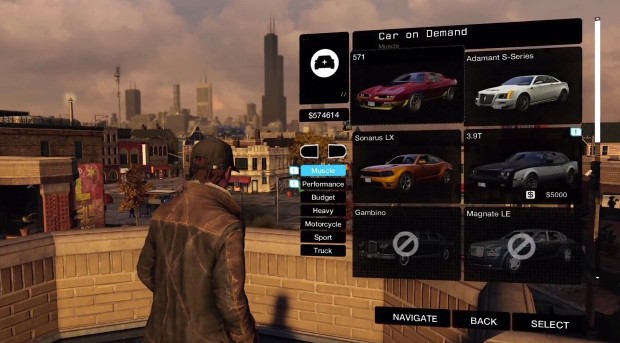 If you want Watch Dogs cheats you are out of luck.

The Watch Dogs release may bring a collection of secrets and even bugs that allow gamers to find better cars, level up faster and get better weapons ahead of the competition, but in a tweet Watch Dogs developer Jonathan Morin confirms there are no Watch Dogs cheats or Watch Dogs cheat codes.

This may anger some users who would love to pull out the in-game smartphone and use an app to turn on invincibility, order up a jetpack or unlock all hacking skills right away, but based on the Tweet this is not something that will happen.

@WatchDogsHQ No we did not put cheat codes.

There is always a chance that there will be some Watch Dogs mods, trainers or hacks for the PC version of the game, but with a new engine this may take some time.

Without Watch Dogs cheats Ubisoft believes it will take the average gamer 40 hours to complete the game from start to finish. This includes the main storyline and a little bit of free roam around this digital version of Chicago. For users that want to get everything, the play time will likely be closer to 100 hours. If Watch Dogs cheats let gamers gain hacking skills faster or zip around the city this number might drop and gamers may feel like they got less value for the $60 price.

@vytla102 I would say the average player which does free roam a bit tend to reach the end within 35-40h. But doing everything is close 100h.

There is already a Watch Dogs season pass that includes new characters, a new single player story, a new game mode and other gear. This $20 Watch Dogs in app purchase is available on the Xbox One, Xbox 360, PS3 and PS4 game and includes a week early access. This is 25% less than buying all of this content alone, but still pushes the price of the game to $80 to get all of content. If you wanted to get all of these added features that Watch Dogs cheats won’t unlock you’d need to buy the game three times to get all of the added content included.

Switching from cheats to in app purchases really took off on mobile, but arrived in full on console games in 2013. Ubisoft’s Trials Frontier for iPhone and iPad slows gamers down with fuel and other resources that run out and long upgrades to push users towards paying for in-game content just to keep going.

So there you have it. There are officially no Watch Dogs cheats or cheat codes available for the Xbox One, Xbox 360, PS3, PS4 or Wii U. As we spend more time playing the game we will share Watch Dogs tips and tricks to level up faster, earn more in-game currency and get as close to a cheat as you can.