The Watch Dogs map leaked through multiple videos and early Watch Dogs reviews and game play videos offering a full look at the city of Chicago that gamers will wreak havoc on later this month. A new series of comparisons show what the Watch Dogs map looks like next to the GTA 5 and GTA 4 maps as well as overlaid on a Chicago Map.

While looking at the Watch Dogs map may include some spoilers, it is for the most part an easy way to look at the size of the city that you will soon control through ctOS and a smartphone capable of doing much more than just making calls and paying for a coffee at Starbucks.

Watch Dogs is a new open world game that draws many comparisons to GTA 5, but it is not the same game in a new city. Instead of straight up violence gamers need to mix in hacking skills and the ability to take over city infrastructure, phones, cars and ATMs to work their way through the game. This may sound far-fetched, but a recent report shows the public infrastructure is indeed hackable.

The Watch Dogs map below is from a leaked video, and shows what gamers will get to explore on May 27th. 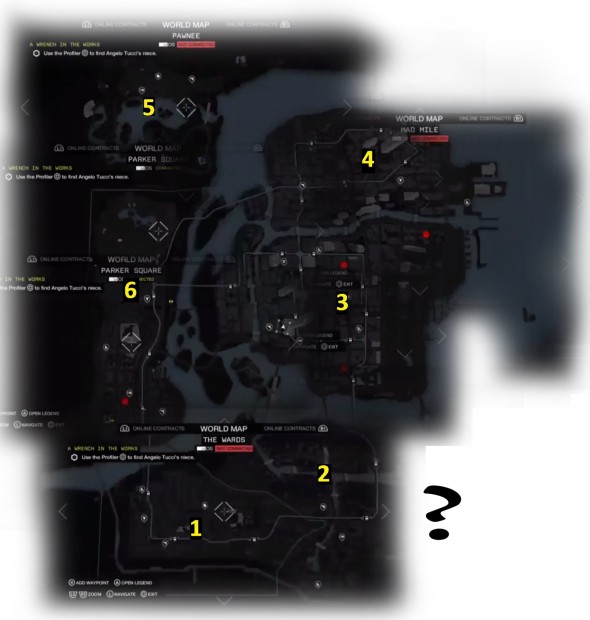 Using the draw bridge in GTA and Watch Dogs, as well as in-game footage, Reddit user dontyoudare411 created a mock-up of the Watch Dogs map compared to GTA 4 and Gaming Bolt added a comparison to GTA 5, using a previous GTA 4 vs GTA 5 map mock-up.

The image below show the Watch Dogs vs GTA 5 map, which leaves a lot of added room in GTA 5. It is important to remember that a lot of the GTA 5 map was left open to wilderness and roads, while Watch Dogs takes place in a city with a lot of hackable infrastructure. 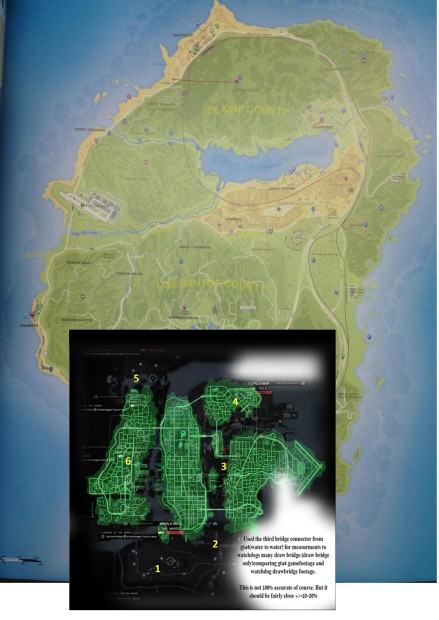 It looks like the city portion of both games is fairly similar in size and overall Watch Dogs looks similar to GTA 4.

In the original comparison dontyoudare411 compared the GTA 4 map to the Watch Dogs map using a bridge and in game footage to match the size of the maps. Overall the city size is very similar, so if you remember how big GTA 4 is, you may have an idea of what to expect. 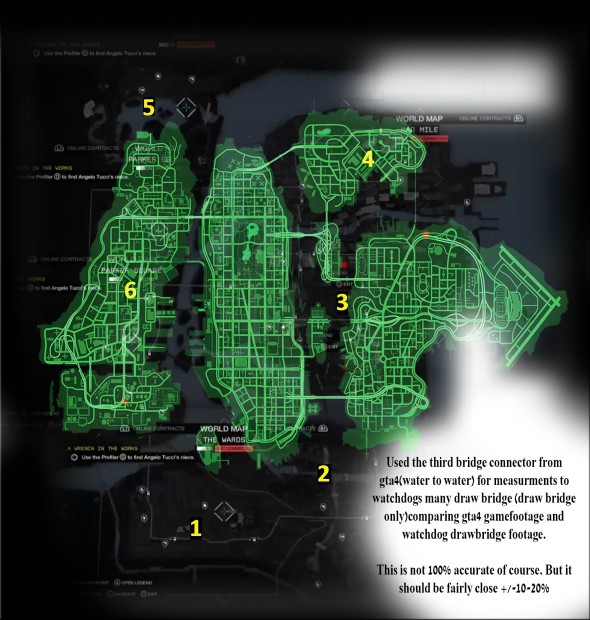 It is possible that the Watch Dogs map size will vary 10-20% as this is an approximation using available resources.

If you compare a Google Maps image of Chicago to the Watch Dogs map, you’ll see a pretty incredible match up to real life. In the image below, put together by Reddit user Al-Capwn. 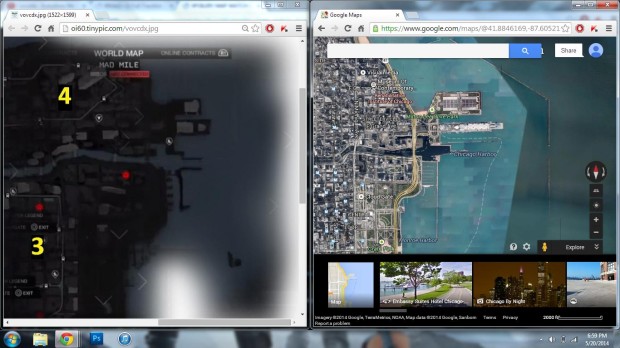 If you want to see how it looks while you are standing on the street you can move the slider on this image to see a comparison of in-game to real life.

The image below also shows a comparison of the Watch Dogs map to Google Maps street view of Chicago. 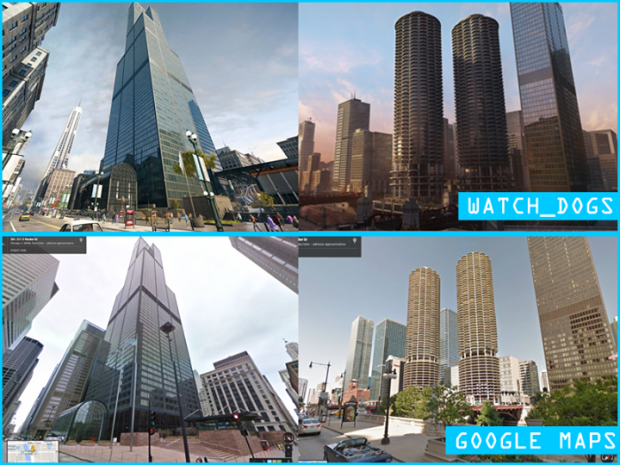 In case you want an even more realistic look at what Watch Dogs could look like in real life, this prank video below shows how people react when you give them a smartphone that can hack street lights, traffic lights, cars, ATMs and more.

The Watch Dogs release date is May 27th on Xbox One, Xbox 360, PS3, PS4 and Wii U as well as on PC. Gamers can pick up a Watch Dogs pre-order with bonus content from a variety of retailers, and PlayStation owners gain several extra missions that add up to an hour of game play. The game is also available as a digital download, but there are no bonus options included for buying it digitally