If you are looking for Watch Dogs reviews, you’re in for a disappointment. Today Ubisoft announced that the official reviews will not arrive until the Watch Dogs release on May 27th. This comes days after an early Watch Dogs review arrived online with a less than flattering opinion of the graphics and multiplayer components.

It’s not uncommon for companies to ask reviewers to hold a review until a specific time. For smartphones it may be a week ahead of the release, but for big budget games that can live or die on release day sales sometimes gamers need to wait until the actual release to see the reviews.

This week the first of many Watch Dogs reviews arrived online in a detailed critique of the gameplay, graphics and multiplayer with the good and bad all together, a week before the Watch Dogs release date. 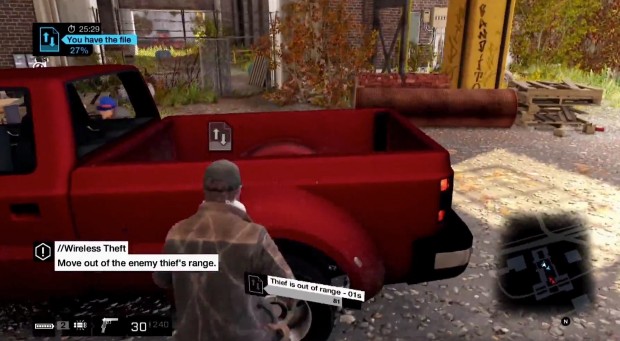 Ubisoft warns gamers to wait for “valid” Watch Dogs reviews as the first big review leaks ahead of the Watch Dogs release date.

Hackers have attempted to infiltrate our system and post false reviews of Watch Dogs. All valid reviews will emerge at release on May 27_

Yes, the official Watch Dogs Twitter account is telling users which reviews to trust and which not to trust. This bold move is not surprising given the fact that we often see day one updates arrive to fix issues, but the biggest complaint in the main Watch Dogs review is with the graphics and the multiplayer gameplay. At the opposite end of the spectrum is HTC, who told potential customers to go online and read reviews from professionals and anyone with an opinion as soon as they announced the HTC One M8.

Watch Dogs reviews include a full on review from WCCFTech and several leaked gameplay videos that show the Watch Dogs graphics on the PS4. Potential Watch Dogs buyers should read the full review to get a better idea of what to expect when the release arrives and the rest of the Watch Dogs reviews arrive. Overall this “false” review rates Watch Dogs at 7.2, and sums up the game in two sentences.

“Watch Dogs is a great game that has a lot to do in the singleplayer but the multiplayer is painfully repetitive and not fun. The game stands on its own as a great singleplayer free roam but one that is outshined by Grand Theft Auto V.”

Watch WCCFTech’s Watch Dogs review video below to see the graphics and the gameplay that Ubisoft wants you to wait a week to see.

This early Watch Dogs review arrived shortly after multiple Watch Dogs gameplay videos arrived from the wild showing the driving, hacking and mini games on a PS4. DualShockers includes two videos that show off these features.

The Watch Dogs release is scheduled for May 27th on disk and as a digital download. Watch Dogs is an open world game where players must hack the city’s operating system to take control and forge alliances to take over the city of Chicago. The game focuses on a single player mode, but players can drop into another gamer’s world to beat friends in a hacking or shooting showdown. There is also a collection of multiplayer modes and a mobile app for iPad and Android tablets that lets users play against a Watch Dogs player from almost anywhere.

Watch Dogs is available on the Xbox 360, PS3, Xbox One, PS4, Wii U and on PC. The game retails for $59.99 for the game only, but there are bonus packs for buying from specific retailers. There is also a special edition with  a mask, art book, steel box, soundtrack, figurine and more for $129. Check out what each special Watch Dogs Pack includes. There is a bonus for PlayStation owners with a timed exclusive to four missions and other extras.