The iPhone is arguably one of the best smartphones available, and it’s almost hard to believe the phone launched only 5 years ago with an ad that simply said, “Hello.”

While the rest of the mobile industry has struggled to put together ads that attract users, save the original Droid Does campaign by Verizon, Apple has managed to create a catalog of 84 iPhone commercials that speak to consumers instead of yelling at them.

The direct, here’s how the iPhone works, and here’s what you can do with it approach has served them well, and looking back through the past five years of iPhone ads it’s no wonder the iPhone is selling millions and millions of devices every month. 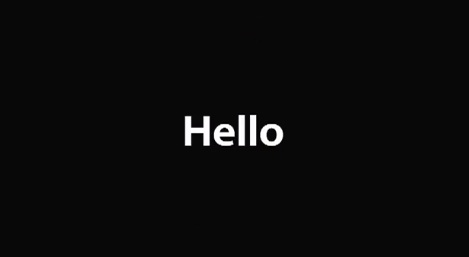 AdWeek has compiled a list of every iPhone commercial ever made, in chronological order. When you go back and watch the first real ad, it’s interesting to see how simple it is showing off what you can do on the iPhone, but if you remember, 2007 was full of Windows Phone, BlackBerry and a fledgling Android operating system. The public was still using feature phones that tried to offer the web, music and photos, but failed to deliver a usable experience.

How to Use the iPhone

The second iPhone ad is of my favorites because it tells consumers what they can do and shows them the iPhone without wasting time or going over the top.

Forget ThunderBolts and lightning, Apple shows real scenarios where speed matters and why you, the user will like it. We can see this played out in recent Verizon and AT&T 4G LTE commercials, finally.

The first ad that showed off video for the iPhone used a spy setting, but it’s this ad, that shows how families might use the iPhone to share memories really drives home the point. In the ad, Mom shoots a video of babies first steps and shares it in an instant with family members. Before the iPhone, she would have had to plug-in her camera, compress a video file, email it to grandma and grandpa, call them, tell them to download it. Call back after they disconnected from AOL dial-up and then watch it. Now, tap, tap share.

Apple introduced the iPhone 4 during the summer of 2012, and with it, FaceTime, a new way to video chat on our phones, not n front of our computers. To show this off, Apple produced 4 ads that go back to the memories theme, bringing families closer together where videos make sense. It’s hard to pick a favorite FaceTime spot, but in the end I have to pick, “Meet Her”, shown below.

With the iPhone 4S, Apple included Siri, a new personal assistant capable of helping users young and old with basic tasks. Again, it’s tough tot pick a favorite, but in the end I have to go with Rock God. I learned you can use multiple lists, send texts to two people with one message, and from conversations, many people learned they can have Siri call them whatever they want. Plus, I love the emotion “Rock God” has on his face at the end of the clip.

What’s your favorite iPhone commercial of all time?