Apple’s iPad 5, iPad mini 2, new MacBook Pro and OS X Mavericks event is slated to start in just a few hours and it is shaping up to be a very fast paced event with a lot of products to announce.

The tagline for this event is “We still have a lot to cover.”, and based on rumors and speculation that’s an understatement. After skipping a spring iPad event and not delivering new MacBook Pro models this summer, there are a lot of products that Apple will unveil today.

A live stream of the fall 2013 iPad event remains a possibility as Apple typically streams the iPad events online and in 2012 on the Apple TV. While there was no stream for the iOS 7 event, there are enough new products here that it makes sense to offer a live stream of the iPad mini 2 and iPad 5 event. 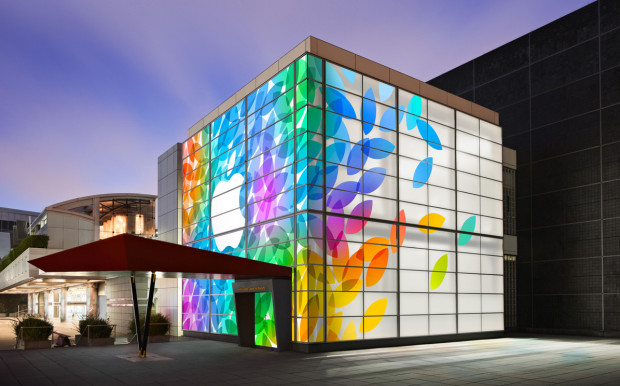 Watch the Apple October 22nd event live in video on the Apple TV, on iPhone, iPad and Apple computers

Apple confirmed this morning that the October 22nd event will come with a live stream free for shoppers who want to tune in to see what Apple is announcing.

The October 22nd Apple event starts at 10 AM Pacific, and at the following times in other time zones across the U.S.,

Here’s a quick look at where we might see an October 22nd Apple event live stream, and where to follow the event if Apple doesn’t deliver. 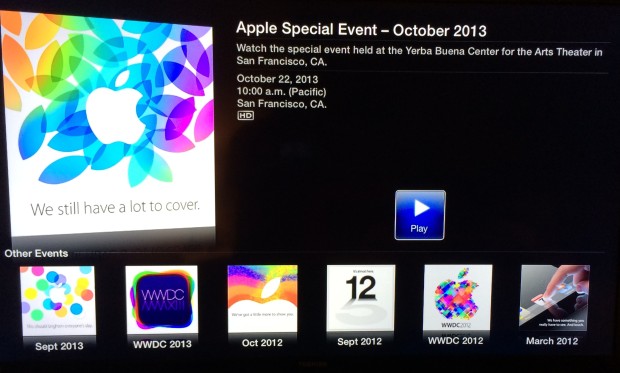 Users will need to use an iOS device or a computer running OS X to live stream the iPad 5 and iPad mini 2 event, and will need to use Safari assuming Apple adds the event to the web. Apple delivers a full event video soon after the event which will play on any computer.

TWIT is another option for watching the Apple October 22nd event, but it won’t be a live video of the event. Instead the hosts will discuss the announcements as they happen, and share information. This is handy for user who are watching while at work and appreciate an audio feed or who don’t currently own an Apple device.

If Apple October 22nd event live stream slows down or users prefer to read, they can turn to live blogs from publications inside the event. Apple event live blogs deliver photos and quotes from the Apple event in near real-time.

Ars Technica will deliver a live blog of Apple’s October 22nd event where users can see what Tim Cook and his team have to share on multiple fronts.

Gotta Be Mobile will cover Apple’s October 22nd event with breaking news, editorials, comparisons and buying advice to help the average consumer figure out which new Apple products are a good fit for them, and whether or not it is worth upgrading.

If Apple announces iOS 7.1 or iOS 7.0.3 we will cover the upgrade process and how to use any new features in the latest iPad and iPhone software update.