The second tablet, and arguably the more attractive tablet will run Windows 8, is powered by Intel and it includes a pen for digital inking.

Microsoft held the mysterious Surface event in Los Angeles, and readers who want to see the announcement themselves can watch the full Microsoft Surface announcement in the video below.

The video shows a history of Microsoft’s hardware ventures and eventually gets tot he point around 11 minutes in. Skip ahead to the 12-minute mark for a closer look at the Microsoft Surface tablet. 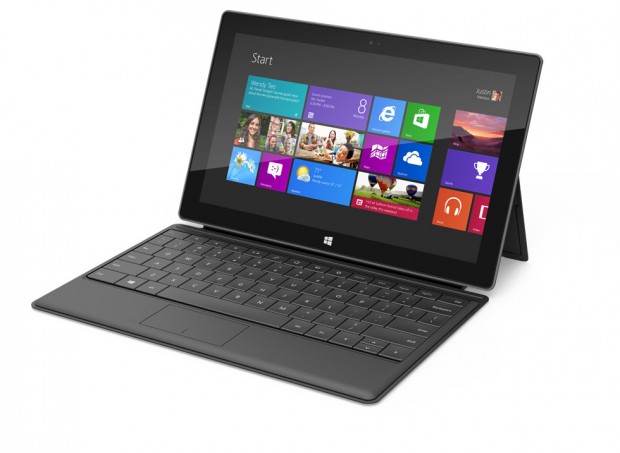 The Microsoft Surface tablets can pair up with two new accessories, the Touch Cover and the Type Cover. The Touch Cover is a thin keyboard that clasps to the Surface like an iPad smart cover, but it comes with a touch keyboard inside. The Type cover includes tactile keys that mimic a real keyboard.

Check out the Microsoft Surface video below for a closer look at the tablet.

Of course there are still a lot of questions remaining. Microsoft has not announced the exact launch dates of the Surface tablets or any concrete pricing. The lack of definitive information may appease Windows 8 partners, but it will do little to keep users excited.

Read: The New Microsoft Surface, A Tablet for People Who Don’t Like Tablets

Microsoft may as well have held this event in 3 months when they could start taking pre-orders for the Surface.