Today Nintendo streamed, or attempted to stream, its E3 Nintendo Direct in place of a press conference, and those who missed the stream can now watch the entire thing on YouTube.

The UStream of this morning’s Nintendo Direct had its share issues with many gamers not getting a chance to see the presentation. Those who did see the stream experienced issues with the video freezing every few seconds.

Thankfully the YouTube video of the Nintendo Direct should alleviate those issues.

Nintendo started out its presentation by talking about the upcoming Pokémon X and Y for the Nintendo 3DS. The games will introduce an 18th Pokémon type, the Fairy type. The first Fairy Pokémon is Eevee evolution Sylvian, though older Pokémon like Jigglypuff and Gardevoir will also gain the new type.

As the first mainline Pokémon games on the 3DS, Pokémon X and Pokémon Y will ship worldwide on October 12.

The new Mario game will also introduce a new power-up: the cat suit. The cat suit will let Mario and friends dress like a cat, climb structures in the world and attack enemies with claws. The game will come to the Wii U this December. 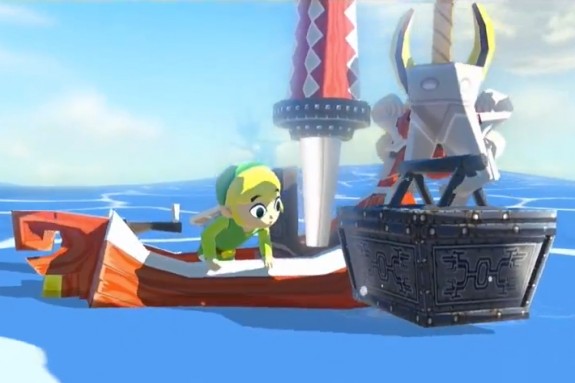 Also coming to the Wii U later this year is the HD remake of The Legend fo Zelda: Wind Waker. The Wii U version of the game has updated graphics and will play in 1080p. The game also has a few new social features that weren’t possible in the Gamecube version. The Legend of Zelda: Wind Waker HD will come out in October.

Next year Nintendo will release a new Mario Kart game for the Wii U called Mario Kart 8. The game features many of the same elements of the 3DS game Mario Kart 7, but adds vertical levels and hover karts to the mix. The game looks just as fun as previous Mario Kart games, but doesn’t change the formula much at all.

Other games shown off in the Nintendo Direct include the upcoming Bayonetta 2, a new RPG from Monolithsoft and the new Super Smash Bros.