Here is what the new HTC One M8 ad would look like if HTC hired Apple and Samsung to make it. A straight, to the point explanation of why you should buy the new HTC One instead of the iPhone 5s or the Galaxy S5.

Samsung and Apple rule the mobile advertising space by showing users what the iPhone 5s and soon the Galaxy S5 can do. These companies come to battle with a bigger advertising budget, but that’s not even the most important part.

The new HTC One ad shows Gary Oldman telling users to look on the Internet to see what the new HTC One M8 is all about, which is just more noise for a phone that can’t afford to be missed in 2014.

The thirty-second HTC One ad below is made mostly from photos in about 5 minutes, but it explains why the HTC One is better than the competition, what the two cameras do and shows off one of our favorite features. This is what a smartphone ad should be. It needs to sell a smartphone in 30 seconds, not tell people to go look on the Internet.

A new HTC One ad like this could be polished with live action shots and voiced over by someone famous like George Clooney, Kevin Spacey or Morgan Freeman, rather than Josh Smith, but the idea is still the same.

Instead of showing users what the new HTC One can do and why it is better, Gary Oldman blah, blah, blah’s through a 30 second ad before telling viewers “the all new HTC One is designed for people who form their own opinions.” Before telling them to “ask the internet what their opinion should be.

Of course it’s still hard to figure out what HTC is calling this device. Is it the all new HTC One or the HTC One M8? If it is the HTC One M8, what does M8 mean? Geeks that followed the HTC One M8 rumors for months know where this came from and that the original was the HTC One M7, but in a 30 second ad, no one knows. And they don’t care. Build on the name if you must, but pick something that matters to buyers instead of bringing a code name public.

The best Samsung ads point out iPhone weaknesses; a small screen, the inability to use two apps at once and no S Pen. Apple’s iPhone ads focus on people using the phone to enjoy music or to take photographs. These ads can be cheesy, but they connect with buyers. 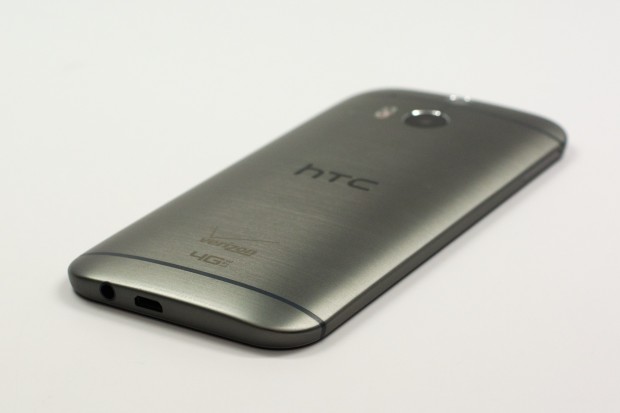 This is what a new HTC One ad should look like.

The new HTC One is the only Android phone Gotta Be Mobile publisher Xavier Lanier is buying this year, picking it over the Samsung Galaxy S5 and rumored Nexus 6 and Galaxy Note 4. He’s chose the new HTC One because it is a great phone, and we hope viewers will come read our opinions, but HTC needs to scream about what the new HTC One can do, not blah, blah, blah into oblivion.