When Billy Crystal takes the stage for 84th Oscars Awards Show on Sunday February 26th at 7 pm Eastern, you can use your iPhone for a behind the scenes look at the Oscars.

You can’t watch the Oscars live from your iPhone, but you can switch between 24 cameras throughout the gala, including the control room, backstage at the Kodak Theater, the Governor’s Ball , Winner’s walk and more.

The Oscars iPhone app will switch between several views throughout the evening, or you can take control and direct the views from six camera feeds on your iPhone while you watch the Oscars. 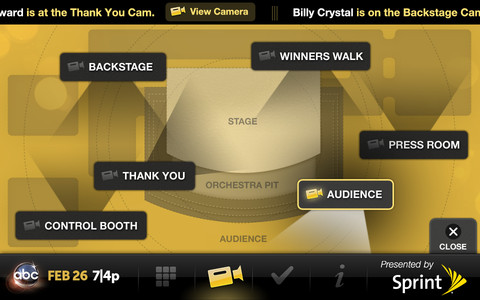 Pick the camera you want to see when you watch the Oscars.

If you want to bet on which film will win Best Picture, who will win Actor in a Leading Role or Actress in a Leading Role, you can use the My Picks feature to guess which Oscar pick will win the category. If you login with Facebook, you can share your Oscars picks with your friends. 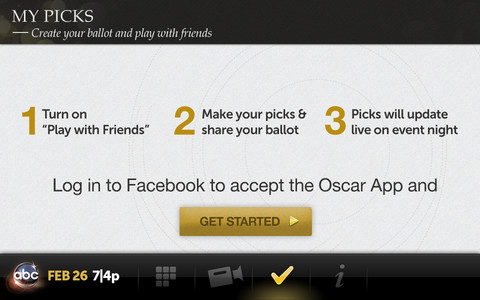 Pick your winners on the Oscars app for iPhone and iPad.

The official Oscars app is valuable for free on the iPhone, iPod Touch and the iPad. To use the app you will need an Internet connection. The Oscars app only works in the U.S. and does not stream the full televised Oscars event.