Microsoft is still holding off on showcasing the entire user interface of the Xbox One, however that isn’t stopping some enterprising users from showcasing the multitasking capabilities themselves.

The footage, which was posted by GameOn Daily to their YouTube profile, showcases a new interface concept called Snap. Using Snap, Xbox One owners can use two applications simultaneous by simply pinning one application to the right side of the Xbox Dashboard. The gentlemen in the video use this to showcase some gameplay footage while visiting Microsoft’s own Bing search engine.

Snap could be great for users looking to find the latest cheat codes without having to find their smartphone or tablet, however Microsoft has showcased more than a few first-party applications that will take advantage of this feature. For example, users can still play games while video chatting with their friends through Skype on the Xbox One. 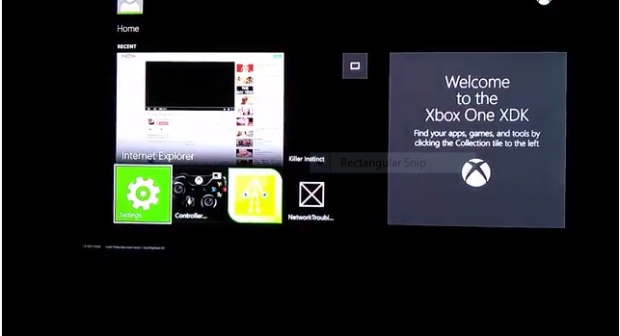 That means that this Xbox is not only running pre-release software, but is also runs a version of the Xbox Dashboard made specifically for game developers. Microsoft has already confirmed that Snap and Internet Explorer are coming to the Xbox One, however there could be some subtle changes between the Dashboard pictured in this video and the one that users get when the Xbox One launches on November 22nd.

Users still have time to pre-order the Xbox One before it goes on sale. GameStop recently reopened pre-orders for the Standard Edition Xbox One. This console doesn’t include the special Day One achievement or inscribed wireless controller, however it does include the Xbox One console itself, a wireless controller, a power adapter, a HDMI cable, a Xbox One Chat Headset and an upgraded Kinect sensor. The Day One Edition and Standard Edition Xbox One both cost $499.