Wearables: What is the Case for This Next Big Thing?

Happy New Year. 2014 is here and as it begins we also are supposed to begin this new year with a new trend called wearable computing. That runs side by side with the Age of Context and the Internet of Things. All fed by a growing use of sensors to record data and deliver context, mobile control over things like thermostats, our cars, and our gadgets. While we’re out and about these sensors are geared to deliver better experiences based on the context of our location and mobility. They will tell us where we are, and what we might like to do while there. They will also become extensions of our smart phones. At least that’s how it looks with the early promise of what we’re about to start seeing in a few days beginning with CES 2014. 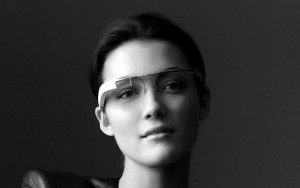 We’ve seen some moves here already but this is the big year and wearable computing has already been defined as the big theme. Essentially that means we’ll see a little more this year and if wearable computing catches on it will be something that the mass market begins to notice in 2015 or so.

What we’ll see this year in wearables will be a bunch of smart watches, a consumer roll out of Google Glass and some of its competitors; and most likely some sort of clothing that contains sensors as well. What I hope we’ll see is someone make the case for why this will be necessary, desirable, or practical.

Don’t get me wrong. I’m excited that technology has advanced to a point where this kind of mobile experience is possible. It is the science fiction of my childhood coming to life before my eyes. I just haven’t seen a case made for it yet. Beyond the fact that the companies that want our money need to create another wave of consumer interest in something because smartphones, Tablets, and other mobile gadgets are starting to get just a little bit boring when it comes to new features. You could also argue that there isn’t much room left for growth with current mobile gadgets in big consumer markets as huge swaths of the world’s population have already bought into the smartphone/Tablet game. Except of course for those who can’t afford it, but that’s not the market for the next big thing anyway.

I’m sure there will be cases made for why wearables are for the main stream. But in my view they will be swimming upstream against the current. Here are some reasons why:

Battery life: Just as we seem to be settling in on the fact that 8 to 10 hours or so is an acceptable standard for mobile battery life, these devices, by design will need to be always on as we wear them around. In the early examples of Google Glass and smart watches we’re seeing short battery life. There won’t be any quantum leap in the early going. And I don’t think most normal folk want or need another battery charger hanging out of a wall, or desire to plug in their watch or glasses, much less their clothing on a regular basis.

Social acceptance: We’ve already seen negative reactions to Google Glass from some businesses where humans congregate to socialize. We’ll see more of that until someone catches on to the fact that these devices might actually be useful for some with disabilities and then tension will erupt over whether or not the American Disability Act will come into play when a business wants to ban one of these wearable devices. Beyond that, these early editions are big and clunky. Robots might accept them as fashion forward, but I don’t think many humans will.  So there will be a period where those wearing these things will stand out too much in a crowd.

Data security and privacy: This issue will continue to be front page news for the foreseeable future and wearable devices by their nature are designed to collect even more data about us and and our surroundings. The tension here will be great and need to be diffused by the marketers when they figure out what case they are going to make.

Price point: Like every new device category, the early going will see an expensive entry point that will eventually come down. But high prices for something that will essentially be viewed as an accessory to a smartphone for many won’t be an easy sell.

I’ve said already that I think wearable computing will be just another fad. I still believe that. It will see a surge in popularity, but I don’t think it will ever live long enough to see the day when we will see cheap wearable gadgets being sold at CVS, Walgreens, and other locations that mark the beginning of a decline a gadget category with cheap knock offs.

I will say that I think it will be interesting to follow this trend. While it may be a desperate attempt to create the next big thing that nobody needs, it will be intriguing to see how the story unfolds. Watching science fiction become less like fiction and more like reality is always fun.