While Microsoft didn’t detail it yesterday at its Mango event in New York City, the company today revealed its plans to bring forth a web-based Windows Phone Marketplace with the arrival of Windows Phone 7.1 aka Mango later this year. 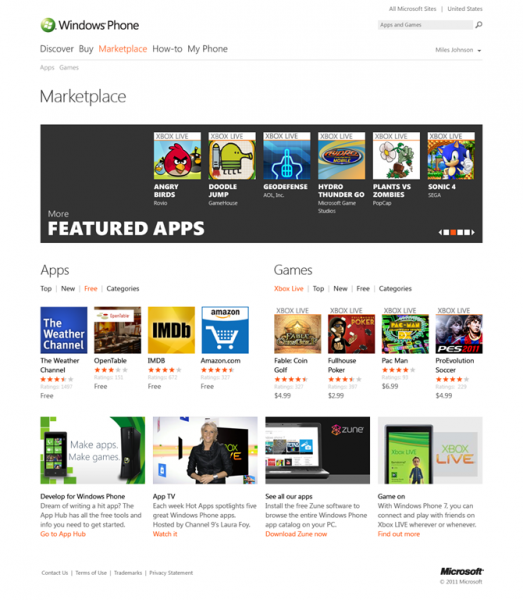 In addition to being able to browse and install apps, the Marketplace will also feature ways to easily share your favorite apps across social networks like Facebook and Twitter making it easy for friends and family to discover the apps that you recommend.You’ll also be able to share applications through the use of embedded links and email.

Microsoft’s new Marketplace will also keep track of your download history giving you an easy way to re-install your applications should your phone get lost or stop working for whatever reason.

The web-based Marketplace again will roll out whenever the Mango update does and thus far, Microsoft has stayed mum as to when that will be only saying that it will take place later on this year.