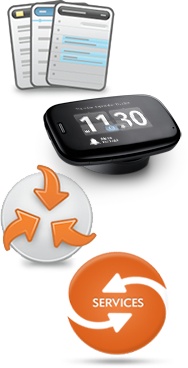 New HP subsidiary, Palm, released the developer beta of the 2.0 version of their smartphone operating system webOS. The release is focused on what developers can do with it, not what consumers can, but a lot of cool features were revealed.

First, webOS 2.0 builds on the card metaphor with Stacks, basically grouping cards together based on where they originated. You opened a web link in an email? That web page card gets “stacked” with that email card.

They also simplify the search experience and rename it “Just Type”. As it says, just type in the Just Type bar and not only can you search but also launch a variety of tasks, such as start email and messages, update your social network statuses, and search websites. Developers can tie into this and get their apps searched, launched or whatever from the Just Type bar.

If you use a Touchstone wireless charger, webOS 2.0 will be able to recognize when it is dropped on the dock and display an app or screen of your choice automatically. A bit frivolous but fun.

The rest of the new features are primarily developer goodies, though they will lead to better user experiences. No telling when there will be a new Palm phone to show off these improvements. Perhaps we’ll even see them in the rumored HP Hurricane/PalmPad/webOS-slate tablet… whenever that arrives.